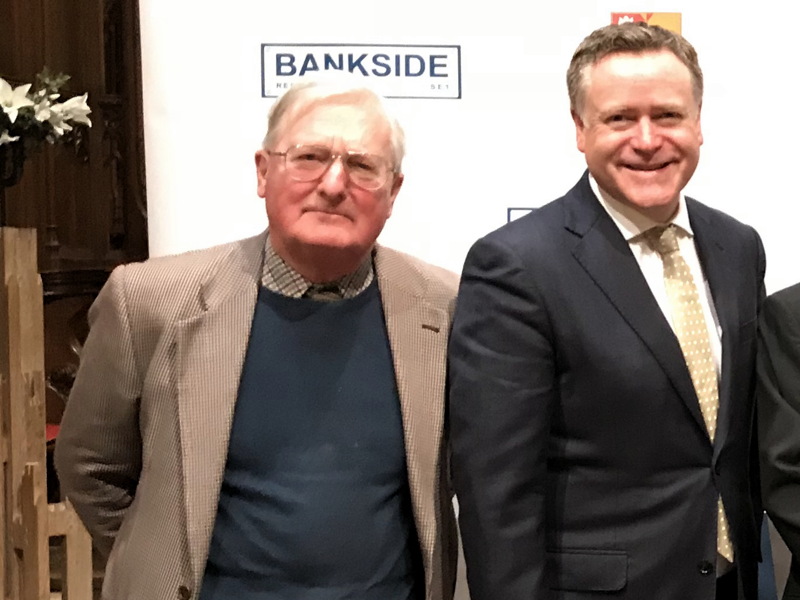 Mr Eckersley died at the weekend. He was 76.

Walworth resident Toby Eckersley served as a Conservative councillor in Dulwich for 37 years.

Two of his TV appearances as an opposition councillor in the 1980s have been recorded for posterity in the Thames News archive: in 1983 he criticised the council for providing a creche for children of town hall staff, whilst in 1988 he faced the district auditor in a row over rate-setting.

In the 1989 New Year's Honours List he received the MBE for political and public service.

He served as executive member (cabinet member) for resources under the Lib Dem / Conservative coalition which ran Southwark between 2006 and 2010.

As a backbench councillor he could be relied on to ask highly detailed technical questions about financial reports presented to the council.

Toby Eckersley received a standing ovation and three cheers from councillors of all parties at his final council assembly meeting before he stood down in 2014.

He told the chamber that he'd had "such a lot of fun" during his time on the council.

In 2015 Eckersley became an honorary alderman of the borough.

Since leaving the council he has been a tireless advocate for the rights of leaseholders affected by the Aylesbury Estate regeneration and has been active in local organisations such as the Walworth Society.

Eckersley returned to the political frontline this year as a paper candidate for the Conservatives in London Bridge & West Bermondsey ward, and has served as the Tory spokesman at two hustings events during the campaign including last week's at Southwark Cathedral.

Southwark Labour leader Cllr Peter John, who shared a platform with Toby Eckersley last week, said: "Toby was for many years the face of Conservatism in Southwark, and was one of the borough's longest-serving councillors ever.

"He was a true Thatcherite and argued for Thatcherite policies across the council, but his devotion to the people of the borough – and the causes that were close to his heart in the borough – were utterly genuine."

Southwark Council's chief executive Eleanor Kelly said: "We will all remember Toby as a kind and charming man – the quintessential Englishman who served his local constituents with commitment and drive."

She added: "Toby will be sorely missed in Southwark and our thoughts and prayers are with his friends and family at this sad time."

The death of a candidate means that the poll in London Bridge & West Bermondsey ward will now be rescheduled for a new date within the next 35 days.

The ward – which is broadly equivalent to the current Grange ward – is hotly contested between Labour and the Liberal Democrats.

Grange was a split ward at the 2014 election with two Lib Dem and one Labour councillor elected.