Former Southwark Cathedral Provost David Edwards has died at the age of 89. 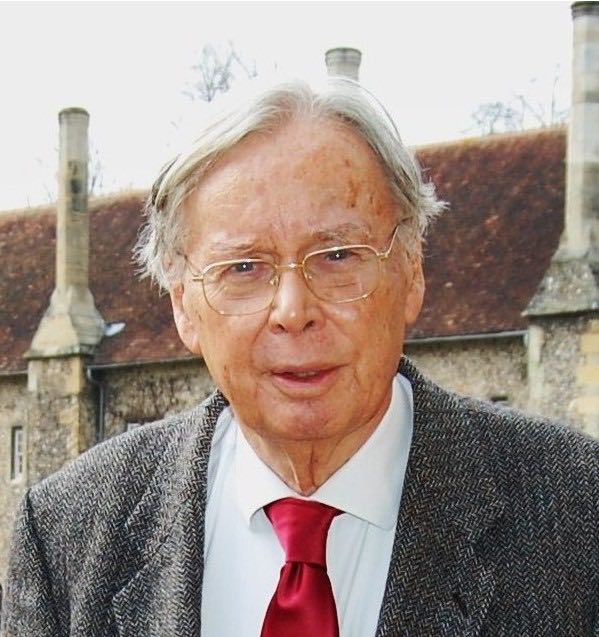 David Edwards was the penultimate Provost of Southwark for although his successor Colin Slee gained the same title in 1994, the role was in 2000 retitled as Dean.

In 1983 when David Edwards came from the Deanery of Norwich to Southwark he was moving to a diocese where he had already been influential.

Twenty years earlier as editor of SCM Press he published the highly controversial Honest To God by Bishop of Woolwich John Robinson. Sales reached one million copies as a huge public debate was triggered with calls for Southwark's suffragan bishop to resign.

The effect was to raise the profile of the Southwark Diocese which became widely known as the home of radical 'South Bank religion'.

When David Edwards arrived he had just finished writing with Bishop Robinson a book called The Honest To God Debate. At the end of that year the Bishop died which yet again put Southwark back in the news.

Change at the cathedral had been instigated by David Edwards' predecessor Harold Frankham and the new Provost oversaw the completion of the 20th-century buildings on the cathedral's north side.

Incorporated into the chapter house and visitors' centre was a branch of Pizza Express .

David Edwards had already held other distinguished posts including Dean of King's College Cambridge, Rector of St Margaret's Westminster, Chaplain to the Speaker of the House of Commons, Sub Dean of Westminster Abbey and Chairman of Christian Aid.

Whilst Provost he was also chief book reviewer and leader writer at the Church Times. His weekly copy would be rolled up and placed in a milk bottle outside The Provost's Lodging, now The Deanery, for overnight collection.

In the 1980s the Bankside house had very few passers-by. The Thames Path and Shakespeare's Globe were still campaigns yet to achieve wide public let alone any official support. Indeed the theatre site almost next door was occupied by Southwark Council's street cleaning department. Tate Modern was still a power station.

David Edwards' marriage had come to an end whilst he was at Norwich when his wife suddenly left him. During his second year at Southwark he divorced and two years later he married Sybil Falcon.

Being an academic and prolific author he delivered, with his quiet demeanour, thoughtful sermons based on wide research and experience. He had already been appointed a Six Preacher at Canterbury. Later he wrote A Guide to Preaching (2005).

Whilst living on Bankside he wrote nine books including The Futures of Christianity, Tradition and Truth, Christians in a New Europe, The Real Jesus and What is Catholicism?.

In 1990 he was invited to Lambeth Palace where Archbishop Robert Runcie conferred a Lambeth Doctorate of Divinity. The same year the Provost was appointed an honorary fellow of the South Bank Polytechnic (now London South Bank University).

He retired in 1994 having seen Roy Williamson succeed Ronald Bowlby as Bishop of Southwark.

David and Sybil moved to a house near The Hospital of St Cross and Almshouse of Noble Poverty at Winchester where the couple became members of the community's church. The hospital was founded by Bishop Henry de Blois and the almshouses by Cardinal Henry Beaufort who are both associated with the priory which became Southwark Cathedral.

The funeral is at Winchester Cathedral on Wednesday 16 May at 11am. Afterwards his remains will be interred alongside those of Sybil in Southwark Cathedral where there will be a memorial service later this year.

His present successor the Very Revd Andrew Nunn said: "As Dean of Southwark, I am in awe of my predecessors who were men of stature within the life of the Church of England.

"They each helped to create Southwark Cathedral as a vibrant, engaged, welcoming and inclusive community in which theology, orthodox and radical, taught and lived, was central and vital."