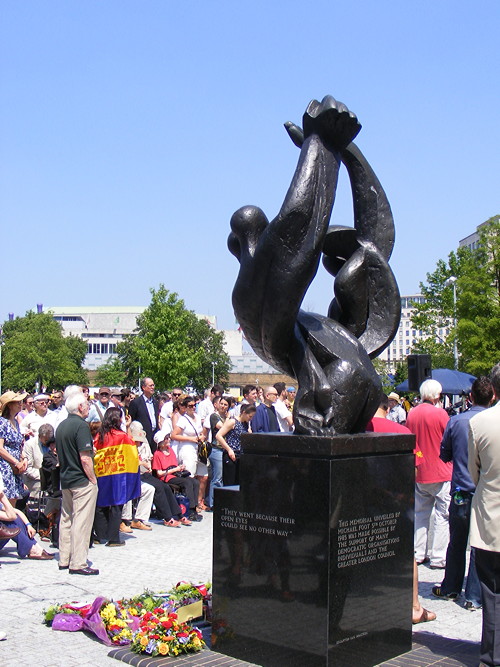 Hundreds of people will gather to pay their respects to the International Brigades of the Spanish Civil War.

The 80th anniversary of the start of the war on 18 July 1936 will be marked at this year's event.

There will be contributions too from trade union veteran Rodney Bickerstaffe and Almudena Cros, president of the Madrid based Association of Friends of the International Brigades (AABI).

Wreaths will be laid by, among others, representatives of the Spanish embassy, the Catalan government's delegation in London, Spanish exile and refugee groups and the Association of Jewish Ex-Servicemen and Women.

This will be followed by a minute's silence.