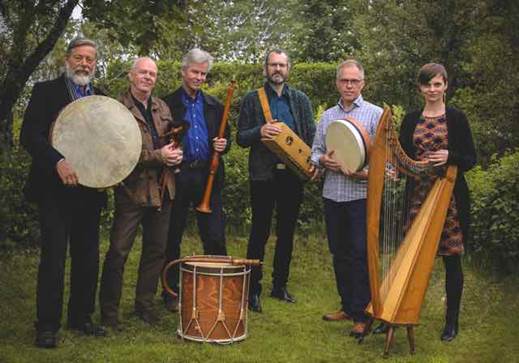 Voces Thules is an ensemble of Icelandic musicians.

It was formed in 1991 and is known equally for its performances and research of mediaeval Icelandic music.

The group has acquired an important collection of period instruments, which they use at their performances. Voces Thules plays regularly in Iceland and tours throughout the Scandinavian and Baltic regions.

On their recent tour to fifteen Japanese cities they performed before a total of 30,000 people.

The main theme of the programme for the Voces Thules concert illuminates natural and political turmoil as well as personal and national tragedy described in verse in the Icelandic Sagas.