Unveiling of Pylon and Pier sculpture 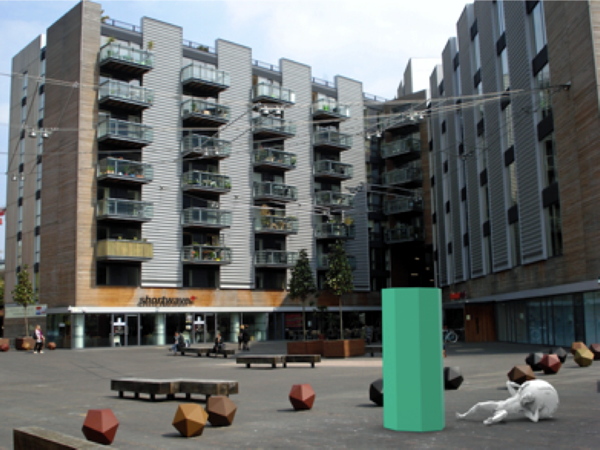 VITRINE launches the second edition of SCULPTURE AT with a new commission by British artist Lucy Tomlins.

With Pylon and Pier, Tomlins takes the public square as the work's starting point.

Traditionally this is where statues of distinguished people are sited, usually placed there to reinforce notions of power or national prestige.

Tomlins' sculpture reverses this, however, presenting a statue of the Titan Atlas – not as in Greek mythology holding up the sky for eternity, but fallen from its plinth and, grasping the globe, lain on its side. The viewer's gaze, which would normally be directed upwards in awe, now stares across on the felled colossus drained, the loss of his mythological strength underscored by the diminutive size of his body – he is only 1.4 metres in height, thus allowing the beholder a more intimate interaction with the work.