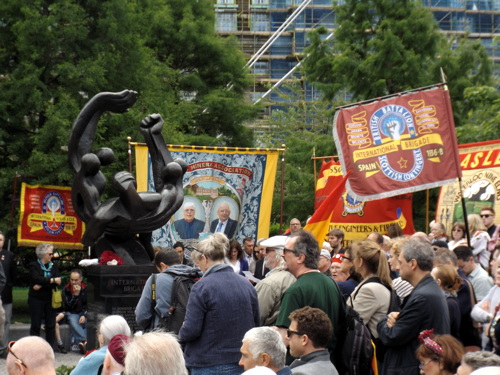 Hundreds of people will gather to pay their respects to the International Brigades of the Spanish Civil War at the memorial on the South Bank.

2,500 volunteers from Britain and Ireland fought for the republicans in the Spanish Civil War.

With music, spoken word and wreath-laying.

Organised by the International Brigade Memorial Trust (IBMT), this year's event will remember the 80th anniversary of the end of the Spanish Civil War and the prelude to the Second World War, which the volunteers said would be inevitable unless fascism was stopped in Spain.