A property developer backed by the Mayor of London has submitted plans for an 11-storey block of one-bedroom flats just off the Old Kent Road - to be sold at 20 per cent below market value. 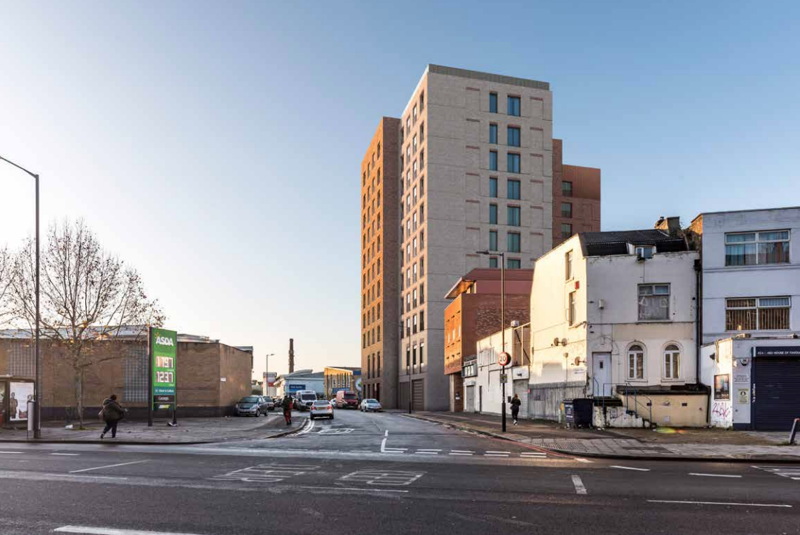 Pocket Living – which has received a £25 million loan from City Hall to speed up development of its small space-efficient homes across the capital – wants to build on Ossory Road near Asda on the Old Kent Road.

"Pocket is an innovative small developer established in 2005 to deliver grant-free affordable homes to purchase for those on moderate incomes; essential to London's economy but who cannot afford to buy a market home and earn too much for social housing," wrote Siofra Boyd of planning consultants Rolfe Judd.

"Pocket homes are sold at a 20 per cent discount to local prices, to first time buyers who earn less than the Mayor's affordability threshold and either live or work in the borough

The developer says that to buy one of its homes, a buyer must have a household income of less than £90,000. The firm claims that at its Varcoe Road scheme in SE16, the average income of purchasers was £44,000.

Covenants in the lease ensure that the 'discount' is passed on in perpetuity.

Although Pocket says its product meets official definitions of 'affordable housing', Old Kent Road ward councillor Richard Livingstone has previously indicated he would oppose the Pocket scheme because it includes no social housing.

At Ossory Road the firm has engaged architects Hawkins Brown to design an 11-storey block with 105 one-bedroom homes designed for single occupancy.

The proposed development includes new light industrial space on the ground and first floors to replace the existing unit on the site.

Pocket's previous schemes include one in Sail Street, just off Lambeth Road on the SE1 / SE11 border.