Two men have been jailed after pleading guilty to shooting a man in Pimlico last June. The victim drove to a side street in Waterloo where his calls for help were answered by a local resident. 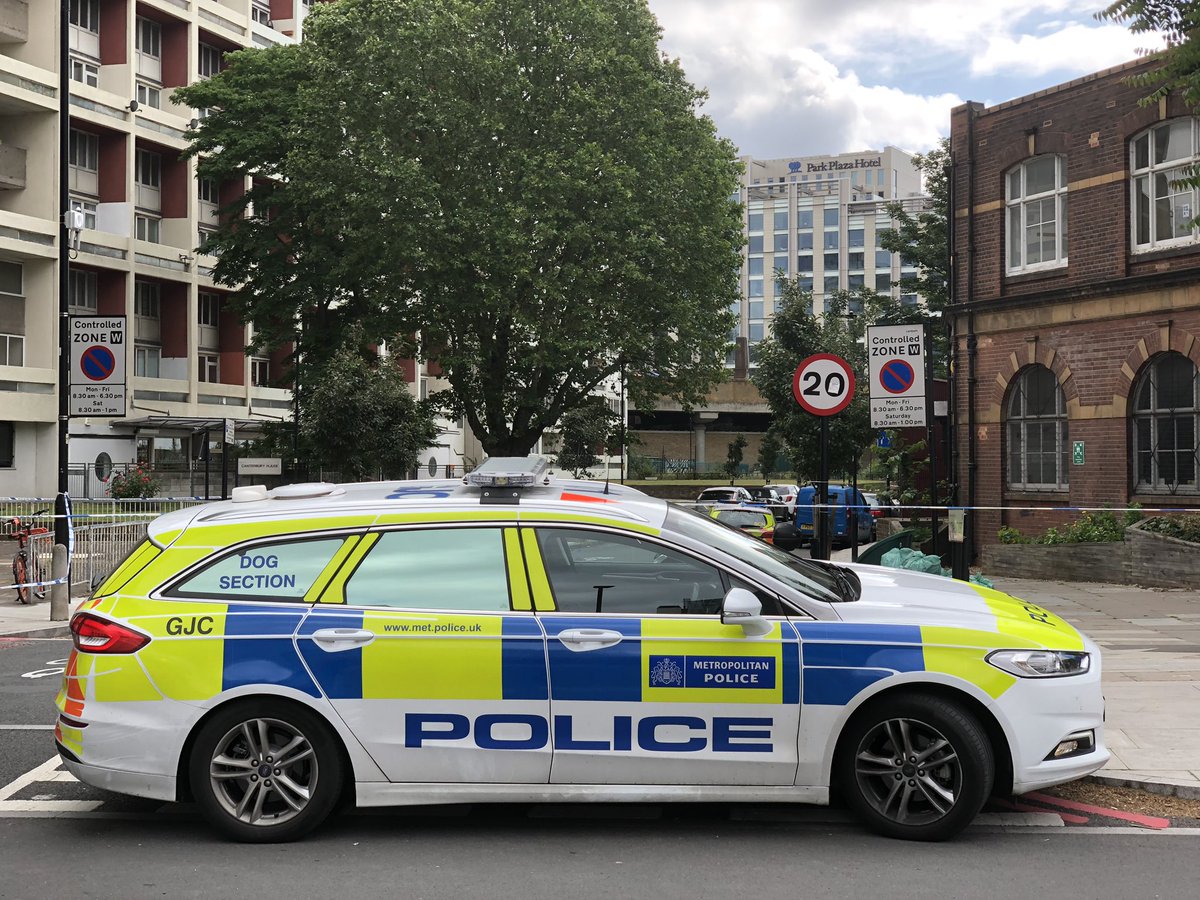 Police car at the end of Royal Street after the incident

18-year-old Hamza El Bhaireien and 22-year-old Osama Chafi – both from Paddington – had previously admitted possession of a firearm with intent to endanger life and wounding with intent to cause grievous bodily harm.

On Sunday 16 June last year, El Bhaireien and Chafi travelled together as passengers in a Mercedes being driven by a 24-year-old man.

CCTV captured the car driving into an underground car park on Moreton Street, Pimlico at 9.22pm

Just less than an hour later, at 10.11pm, the car was captured leaving the car park with only the driver inside.

Around five minutes later, the driver pulled up on Royal Street in Waterloo and shouted out for help, saying he had been shot.

His cries were heard by a resident in a nearby block of flats who managed to flag down the assistance of a nurse and other emergency services.

The victim was taken to hospital where it was discovered he had a gunshot wound to his upper thigh; he was discharged after spending a night in hospital.

He refused to co-operate with police about the circumstances that had led to his injuries.

Officers began an investigation and on Thursday 20 June a member of the public found a bullet on the floor of the car park which was handed over to police.

A motion sensor camera was also found to have recorded the sound of a gun being discharged twice on the night of the shooting, with CCTV showing the two defendants running through the car park immediately afterwards.

It also captured them leaving the premises, with the gun clearly being held by Chafi. The gun was later recovered in central London.

The defendants were identified by a local officer and on Tuesday, 16 July, Chafi was arrested.

El Bhaireien fled the country and travelled to Morocco, but was arrested when he got off the plane at Heathrow Airport on Saturday, 16 November. Both were remanded in custody and pleaded guilty on the first day of the trial.

Detective Sergeant Chris Ladmore led the investigation and said: "The victim in this case was unsupportive of prosecution and refused to provide any details of what happened.

"This, along with the fact there were no witnesses to the crime, made it a very difficult case to prove.

"However, thanks to the diligent work of the investigation team – including a meticulous trawl of CCTV in the area – the suspects were quickly identified and arrested.

"They denied the offences right up until the first day of the trial when they no doubt realised the extent of evidence against them left them with no other option but to admit their guilt.

"This successful prosecution means two violent individuals have been removed from London's streets, as has the firearm itself."