Plans for a 200-room hotel on the New Kent Road have been approved by Southwark councillors. 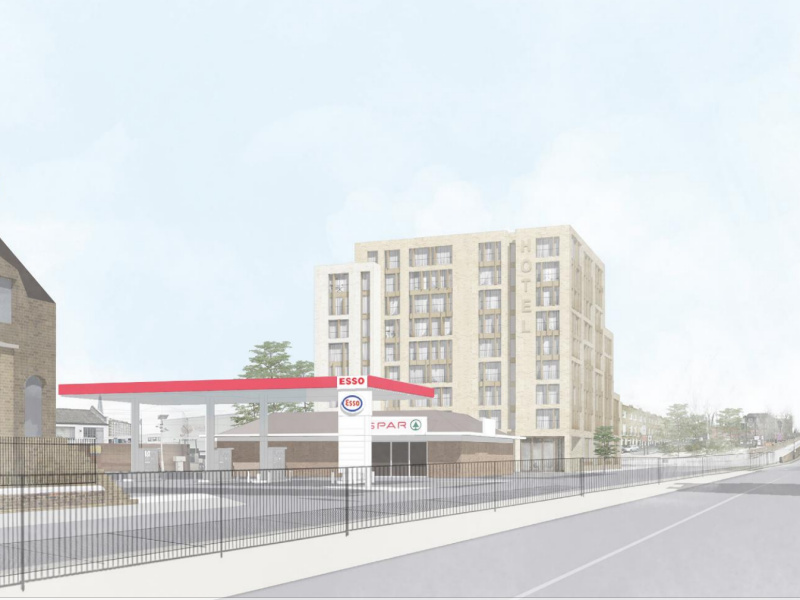 The scheme got the green light at a virtual meeting of Southwark's planning committee on Monday morning.

The proposed hotel would occupy a site on the north side of the New Kent Road between Theobald Street and Bartholomew Street.

The developer is Eden Vale Global and the architect is Clive Sall Architecture.

Eden Vale originally put forward a scheme of 'compact living' flats for the site, but later switched to a hotel proposal.

Planning agent Simon Wallis from Savills said: "The height is taller than other buildings but it is a corner location on a major road in an area of change and is considered to be contextual and well-executed for its architectural materials."

"The harm to the grade II listed Bartholomew Street – a 200 year old Georgian terrace of historical importance – is substantial," she said.

Ms Roebuck added: "It's a shame that this major scheme is coming forward with such a poor design which will form a bad precedent for the future development of this exciting and vibrant area."

Debbie Walsh of the Lawson Estate Tenants' and Residents' Association also addressed the committee to raise concerns that people living in the 500 homes on the estate had not been invited by the developer to attend consultation events.

Cllr Dennis said she thought the proposal was out of scale for the location and was minded to agree that it was harmful to the setting of the listed terrace.

The committee approved the scheme with six votes in favour and two abstentions.