A pavement at Elephant & Castle was cordoned off by police for a forensic examination on Saturday morning, apparently linked to the investigation into a stabbing half a mile away in Trinity Street. 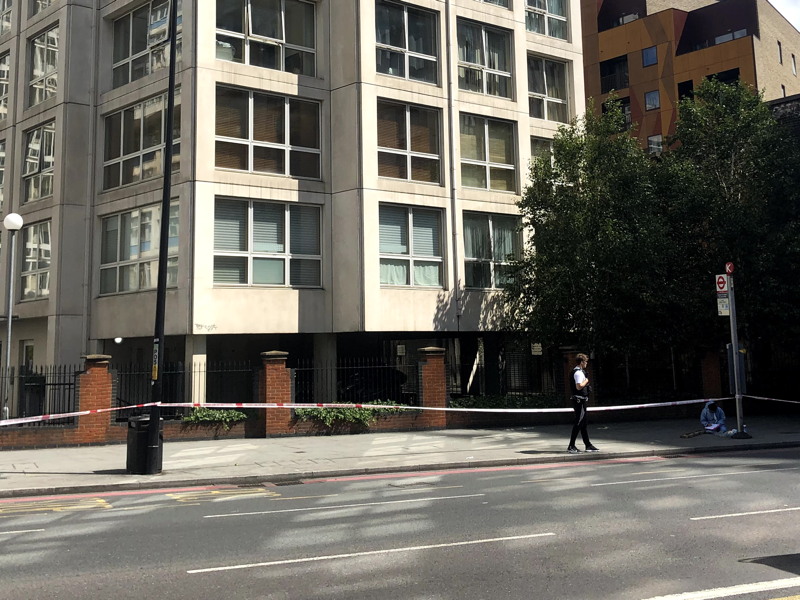 A Met spokeswoman confirmed that police were called at around 7.15am on Saturday to reports of an altercation in Trinity Street.

Police officers and an ambulance crew found a 23-year-old man with a stab wound.

He was taken to hospital where the injury was deemed not to be life-threatening or life-changing.

A section of pavement in New Kent Road – almost half a mile from Trinity Street – was cordoned off by police on Saturday morning whilst a forensic examination was carried out.

SE1 understands that this was connected with the Trinity Street incident.

A video posted on social media shows two men fighting with wooden pallets in New Kent Road, and the person who posted the clip said that one of the men was bleeding heavily from the hand.