Police are appealing for help to identify a man they wish to speak to after several people were threatened with a meat cleaver. 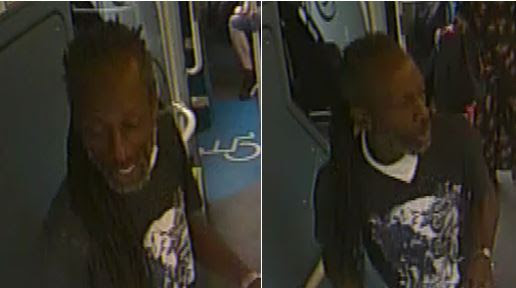 At 6.50am on Sunday 9 August, a male passenger was chased from a route 2 bus at bus stop J on Upper Tulse Hill, SW2 in an unprovoked attack. He was not injured.

The suspect had been challenged regarding the non-payment of his fare.

Less than an hour later, at 7.45am, the same man threatened a number of people and made a homophobic comment at bus stop P at Elephant & Castle, SE1 before boarding a route 196 bus.

Police are appealing for help to trace the man who was captured on CCTV.

Anyone with information is asked to call the Roads and Transport Policing Command via 101 quoting reference CAD 2611/09Aug.