18-year-old Rashai Annang was this week found guilty of the murder of McCaulay Junior Urugbezi-Edwards on the edge of the Rockingham Estate in May last year. 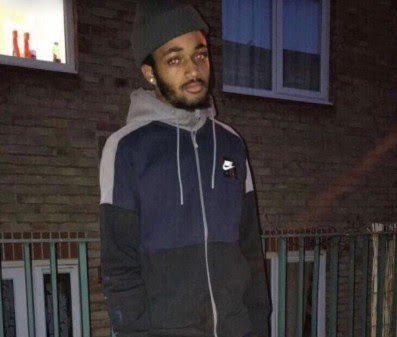 McCaulay Junior Urugbezi-Edwards, 18, was spotted by Rashai Annang near Elephant & Castle Station on the day of the vicious attack, after which Annang pursued him through local streets on a bicycle.

Annang was 17 at the time of the offence.

Annang, who is now 18, of Lewisham, was convicted of one count of murder at Woolwich Crown Court. He will be sentenced on Monday 26 October.

"CCTV shows how McCaulay was running for his life, being chased by Rashai Annang on a push bike, resulting in McCaulay falling to the ground and Annang stabbing him to death. He has shown no remorse for his actions on that night.

"It has been a traumatic time for the family who have lost a much loved son. The right verdict has been reached today, justice has been done for McCaulay.

"This is another tragic and unnecessary loss of a young life on the streets of London and I would ask communities to support officers as they do everything they can to stop another family suffering the pain of losing a loved one."

Police were called at about 9.30pm on Sunday 5 May 2019 following reports from London Ambulance Service that it was dealing with a stabbing in Tiverton Street.

London's Air Ambulance also attended and rushed McCaulay to a south London hospital where he died later that evening.

The court heard that McCaulay and Annang had encountered each other by coincidence, after which a very brief conversation ensued. A pursuit followed which developed into a 'breakneck chase', with Annang riding frantically after McCaulay as he ran from Newington Gardens, known as Gaol Park, into Tiverton Street.

Annang found McCaulay by a low wall, in a position described as 'utterly defenceless', by the prosecution, and appeared to kick him while he was down. He then stabbed him several times with force in an attack that the court heard was 'deliberate and merciless'.

Having fatally wounded McCaulay, Annang fled the scene leaving him bleeding on the street. Members of the public came to McCaulay's assistance prior to the arrival of paramedics.

The jury heard that Annang did not deny being on his bike in the Elephant & Castle area. Evidence submitted by the prosecution included CCTV footage which showed distinctive markings on Annang's pedal bike and clothes, and cell site mobile phone data, as well as testimonies from two eye-witnesses who saw part of what took place.

The post-mortem examination found the cause of McCaulay's death was a stab wound to his left thigh.

Two days after the attack, Annang was tracked down by police to at hotel in Norwich where he had run away in a bid to evade capture.

He was arrested on suspicion of murder and subsequently charged with that offence on 10 July 2019, appearing at Bromley Magistrates' Court the following day.