Cycleway 4 to be extended along rest of Tooley Street 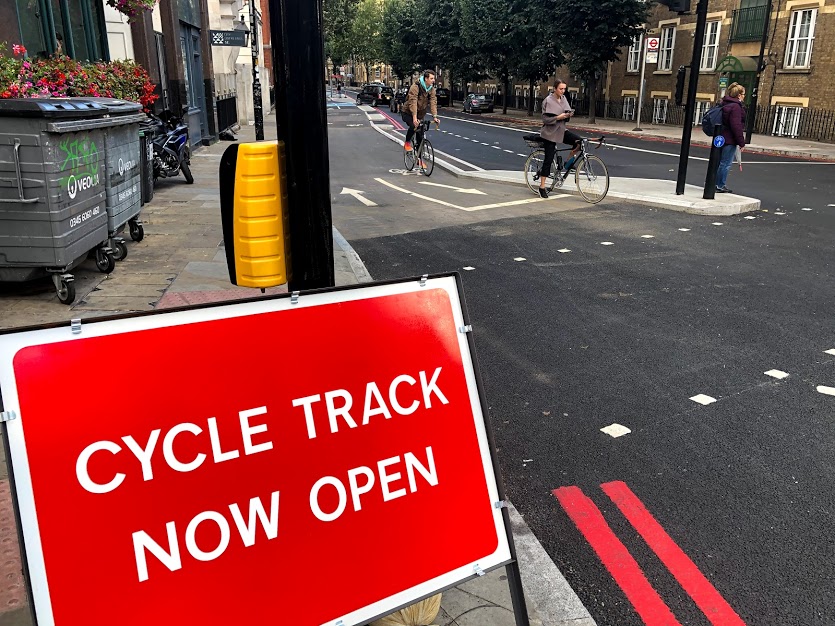 The segregated cycle lane along Tooley Street and Jamaica Road – from Tower Bridge Road to the Rotherhithe roundabout – opened at the end of last week.

Will Norman, London's Walking and Cycling Commissioner, said: "I'm really pleased that the first section of Cycleway 4 from Tower Bridge to Rotherhithe is now complete.

"By providing the first fully protected route from southeast London to central London at a time when many Londoners are beginning to cycle in the city or returning to it, we will enable many more journeys by bike.

"This is more critical than ever to prevent a spike in car use as public transport capacity remains reduced."

A new Santander Cycles docking station has been provided at the eastern end of Tooley Street, opposite Devon Mansions.

Transport for London says that "work on a temporary extension of Cycleway 4 to the City of London via London Bridge will begin in autumn 2020".

Semi-segregated cycle lanes have already been installed on London Bridge itself as part of the Streetspace for London plan.