A sexual predator who posed as a minicab driver and sexually assaulted a woman in Waterloo has been jailed. 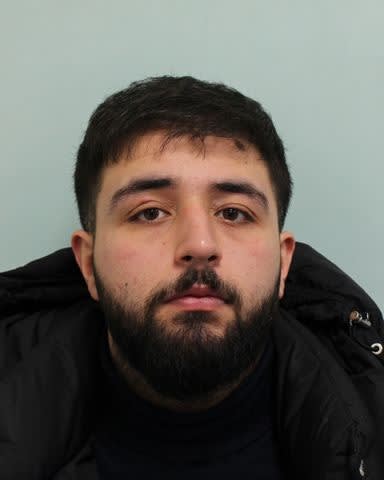 This week at the same court he was sentenced to 30 months in prison.

The conviction follows an investigation by the Met's Taxi and Private Hire Policing Team. The court heard how on 7 December 2017 Ardic, a disqualified driver, fraudulently rented a vehicle.

The following day Ardic drove the vehicle illegally around Islington in the early hours looking for drunk, vulnerable females to sexually assault.

He picked up the first female, a woman aged in her early thirties, on Upper Street claiming he was a private hire driver. The woman got in to the back and soon fell asleep. She woke up in what police describe as a "secluded area" in Waterloo.

Ardic got into the back and forced himself upon the victim, touching her body. The woman fought him off and got out of the vehicle, leaving her purse behind.

On 9 December 2017, Ardic drove the same car around Stoke Newington where he picked up another vulnerable woman in her early twenties who thought he was her driver who she had called via an app.

The woman soon fell asleep in the rear passenger seat. Ardic pulled up on a secluded road in Islington. She woke up to find Ardic sexually touching her under her clothing. She pushed and kicked Ardic off her, before she was able to escape from the car.

The sexual assaults were reported to the police by both women who could not provide any specific details of the driver or his vehicle.

Police investigating the two cases discovered that they were linked.

Ardic had rented the vehicle on false details from a company based in France, which posed a number of challenges to the investigating officers.

The information used by Ardic to rent the vehicle was analysed and it was also found that Ardic had used a bank card left inside the vehicle by the first female.

He was identified and arrested for the sexual assaults and various other offences relating to the assaults in January 2018, giving a 'no comment' interview.

Over the course of the coming months, forensic submissions were made from both females' clothing and an extensive amount of data was viewed from Ardic's electronic devices, GPS from the vehicle, CCTV – including external bus footage – and data from a mobile phone belonging to one of the women.

A year ago charges for two sexual assaults, fraud and theft were authorised by the Crown Prosecution Service. A charge for the disqualified driving had been authorised prior to this.

Police Constable Jonny Harris, from the Met's Roads and Transport Policing Command, said: "Today's sentencing reflects the seriousness of Ardic's offending. There were a number of aggravating factors considered in this sentencing, despite Ardic's guilty plea. The most prominent being the abuse of trust and the planning of these horrible assaults.

"This conviction would not have been possible without these young women coming forward to the police. Both showed great courage and a great deal of patience throughout a lengthy investigation."