Police appeal to trace man who exposed himself on 133 bus

Police are appealing for help to identify a man who exposed himself on a Route 133 bus near Elephant & Castle. 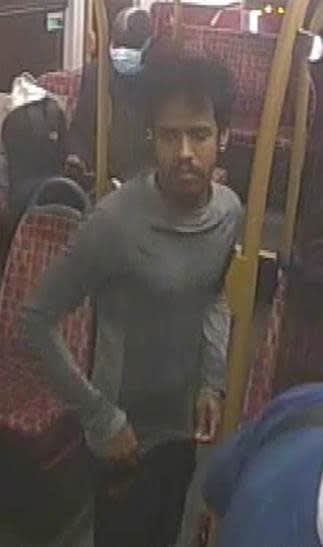 On Wednesday 1 July between 11.20pm and 11.30pm, a man boarded the bus at Elephant & Castle, heading towards Streatham.

The man sat on the lower deck of the bus in the first seat behind the centre doors.

The victim, a woman in her twenties, noticed that the man was constantly turning around in his seat; she then realised he was exposing himself.

Officers have released a CCTV image of a man they believe can help them with their enquiries.

Anyone who recognises the man in the image or with any information is asked to contact the police by calling 101 quoting reference Cad 3098/02Jul.