Police officers investigating an assault on board a train as it arrived at London Bridge Station have released two CCTV images of a man they would like to speak to. 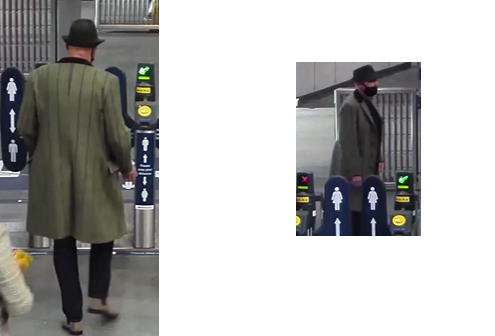 As a train was nearing London Bridge Station on Sunday 11 October at around 2pm, the victim was approached by a man, who punched him in the face for not wearing a face covering.

The man and the victim continued their altercation on the platform at London Bridge, before members of the public intervened to separate them.

The victim did not suffer any serious injuries.

Officers believe the man in the CCTV images may have information which could assist their investigation.

Alternatively, you can call Crimestoppers anonymously on 0800 555 111.