The Olympic Torch Relay came to Southwark on Saturday, passing along the riverside from Tower Bridge to the Millennium Bridge. 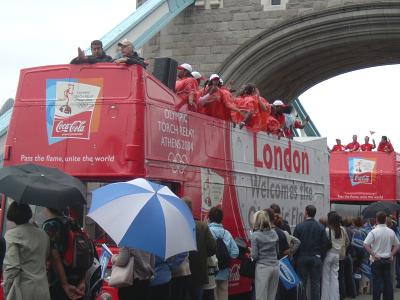 Swimmer Sharron Davies brought the flame from the north bank to the centre of Tower Bridge, where Sir Ian McKellan was waiting to carry the flame as far as Tooley Street. 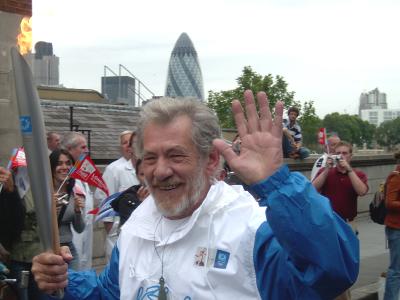 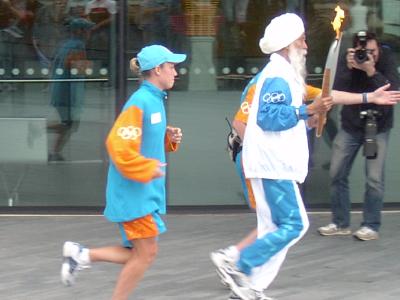 Fauja Singh, who at 93 was the oldest person to run the London Marathon back in April, carried the flame past City Hall where a steel band was playing. 5000 balloons were released from the Scoop, the amphitheatre next to City Hall. 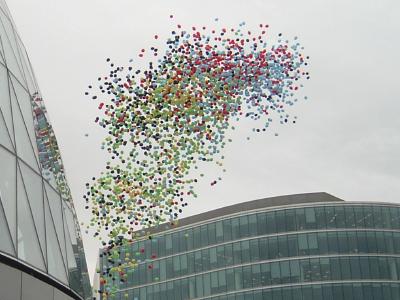 The bells of Southwark Cathedral rang out as the torch relay reached Borough High Street. 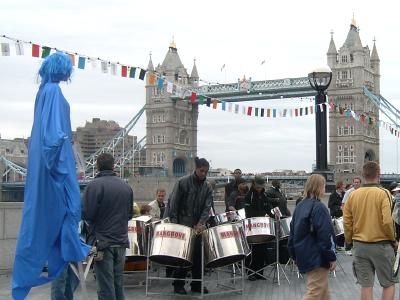 Confusion reigned by the time the flame reached Bankside. Although the biggest crowds were on the riverside, local residents waiting on Stoney Street and Park Street were disappointed when the relay took an unexpected diversion to avoid parked cars. 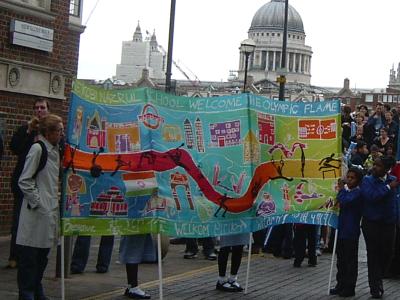 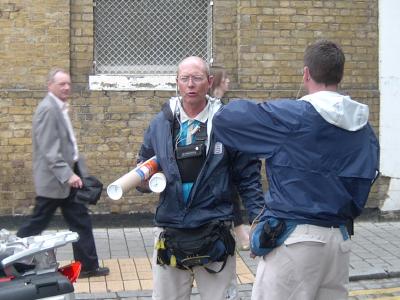 Meanwhile members of the Free Tibet campaign unfurled a banner from Southwark Bridge, which was soon removed by police as a hazard to navigation. Their protest was against the selection of Beijing as host city for the 2008 Olympic Games. The demonstration continued on Bankside where another banner was hoisted aloft. 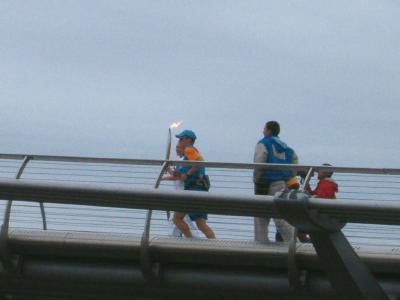 The flame crossing the Millennium Bridge

Nell McAndrew was on the Millennium Bridge to take up the relay. 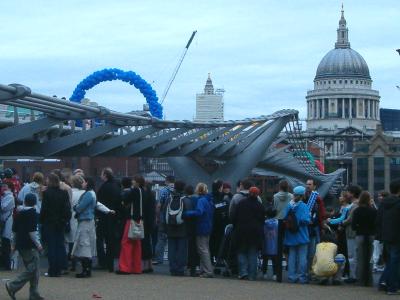