A 32-storey building is planned for Blackfriars Road on a site alongside Christ Church. 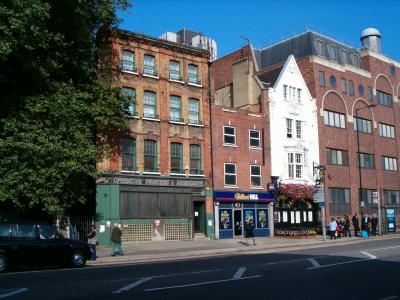 The surprise move comes from Land Securities who have bought the former Sainsbury's headquarters in Paris Gardens. The site embraces the buildings on the corner of Blackfriars Road and Stamford Street.

The 'skyscraper' would replace a row of buildings which include the Paper Moon pub and a betting shop. If plans are approved the church will have three new buildings on two sides of its churchyard. 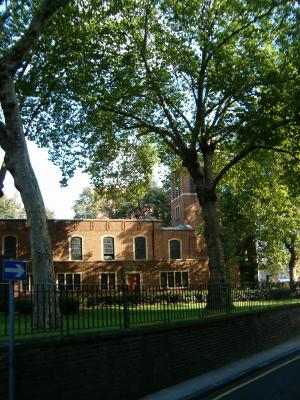 One block would be devoted to social housing required as part of a planning requirement for a 28-storey block in nearby Holland Street behind Tate Modern. The Mad Hatter pub will survive under the proposals but the possibility of shops and restaurants fronting Christ Church Garden is being considered.

Land Securities are embarking on a consultation programme for both sites. Recently concern was expressed over the height of the Holland Street building which would be alongside the back of the historic Hopton's Almshouses.