Bill Nighy, Roger Lloyd Pack and Imelda Staunton were among the leading actors who gathered in Tooley Street on Friday to launch an appeal to raise the final £1.6 million for the new Unicorn Theatre for children. 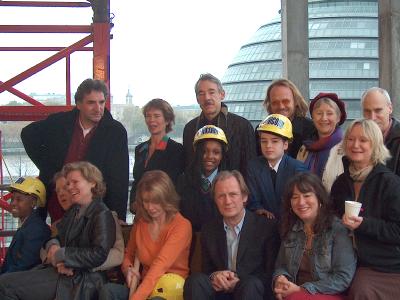 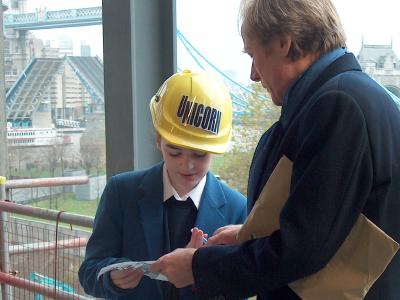 A young fan asks Bill Nighy for his autograph

The stars were joined by children from the Unicorn's Young Consultants group who have worked with Keith Williams Architects for three years to design the theatre. 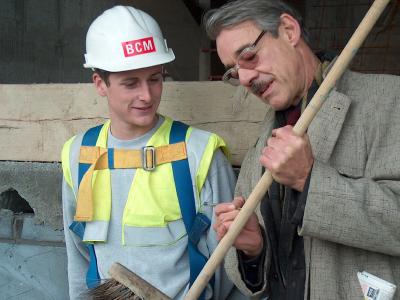 Roger Lloyd Pack, who played Trigger – Britain's most famous roadsweeper – in Only Fools and Horses – signs a broom for construction workers at the Unicorn site.

The public is invited to contribute to the appeal and have their names displayed alongside other supporters including Robbie Williams and Dame Judi Dench. "The appeal enables people from all walks of life to help create a building that will benefit the lives of all the UK's children for generations to come," said artistic director Tony Graham.