Almost five years since it opened in the former Bankside Power Station, Tate Modern has announced a £135 million plan to expand into the electricity substation on the south side of the building. 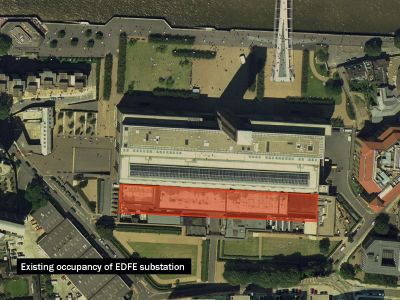 Architects Herzog and de Meuron – responsible for the original conversion of the power station into an art gallery – will design the new spaces, which will take till 2012 to complete.

Jacques Herzog said: "We are delighted to have been selected to work on the completion of Tate Modern, which has been such an important project for us.

"We look forward to working with the Tate team to create new spaces for art and new facilities for visitors of the future."

Tate director Sir Nicholas Serota told the Evening Standard: "This is completing our original vision. I think the most significant development will be that Tate Modern will no longer simply have a single face to the north looking over the Thames – it will gain a totally new face looking south into Southwark and south London."

He explained that the new galleries will be "a different type to the spaces we have now, which tend to be rather conventional.

"These will be on the one hand more like warehouse spaces and on the other there will be more intimate spaces. Also they will contain, pretty crucially, spaces that can be used for education."

Funding the project is likely to be a stumbling block: "We don't know yet how we will raise the money any more than we did the first time round, when we announced the proposal for Tate Modern a decade ago this week."

"We're confident of getting people to contribute," Serota told a press conference. "In the late 1990s no one knew what would be the benefits'' of a new gallery. "But we've demonstrated that there's a huge appetite" for contemporary art.

Sir Nicholas said that Tate had decided to move forward with these long-term plans sooner than expected for a number of reasons: "First, because of the overwhelming numbers of people visiting the building – especially at weekends. 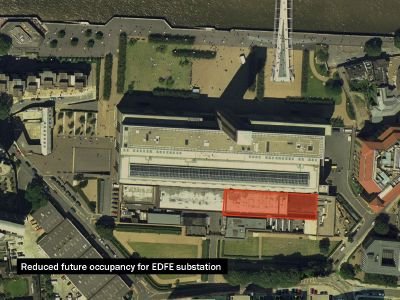 "Secondly, EDF Energy are reconfiguring their equipment and we can negotiate with them now how to do that in a way that allows us to develop. Otherwise we might have to wait for 50 years.

"The third reason is that with the pace of property development in the area, we need to establish what part Tate Modern will play in the future landscape of Southwark."