Police are growing concerned for the safety of Katrina Scicluna, a 17 year old girl who has been missing from her home in Kennington&#39;s Hercules Road since Sunday 27 February. 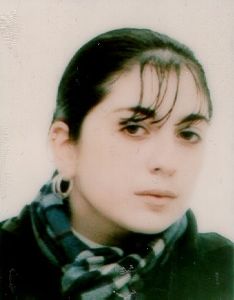 Katrina, who is 5'5", is of stocky build with black collar length hair that is worn in a ponytail. She was wearing blue jeans, a blue denim jacket and a white t-shirt with a teddy bear on it.

She left her home on Hercules Road SE1 to visit a friend in Woolwich – but failed to return. She has a mobile phone on her but friends and family have been unsuccessful when they have tried to contact her on it.

At around 7pm on Sunday 27 February (the same day she was last seen at home) Katrina was seen by a fellow school pupil in the Putney area. The pupil mentioned that she was with an unknown male and that she told her that she did not wish to return home – but did not give a reason.

At 10pm Katrina texted her family to say that she was OK, but there has been no contact since.

Police and family are growing more concerned for her safety, especially as Katrina has been known to self harm recently.

Katrina attended a police station in Lambeth on 6 March and was reunited with her parents. She is safe and well and it is believed she had spent time in the Greenwich area.