The Air Ambulance landed in a tight corner in Pocock Street during an emergency on Saturday. 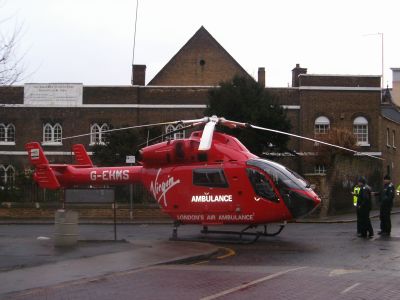 The red helicopter circled the west end of Union Street before attempting a landing at 5pm near the north-south railway. The successful touch down was achieved at the junction of Pocock and Glasshill Streets to the surprise of residents in both the historic almshouses and City of London flats. 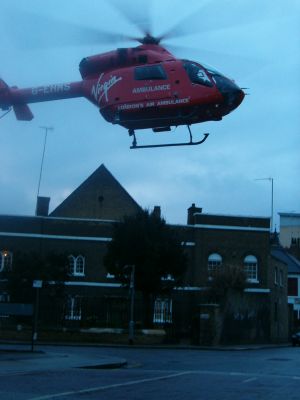 An ambulance was waiting on the ground. However, the expected transfer of an injured male person to the London Hospital proved not be required and the aircraft took off after thirty minutes.

On Thursday the helicopter landed in the playground of Geoffrey Chaucer School.

In recent weeks the air ambulance has also landed near Borough Market, with a film crew from the BBC's Trauma series in attendance.