"Pope John Paul II's influence on the Church and the wider world has been immense and he will be greatly missed" says Bishop of Southwark Tom Butler in a statement issued from the Anglican diocesan office in Borough High Street. 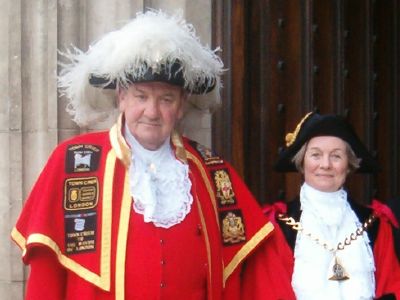 "I was present when, early in his pontificate, he knelt in prayer in Canterbury Cathedral with Archbishop Robert Runcie. We now pray for, and with, all Roman Catholics at this significant time."

The Anglican Bishop was robed in the sanctuary at St George's Cathedral for Solemn Vespers on the Vigil of Pope John Paul's funeral. Roman Catholic Archbishop of Southwark Kevin McDonald presided and the huge congregation included canons from Southwark Cathedral, mayors and ecumenical partners from across the South East. 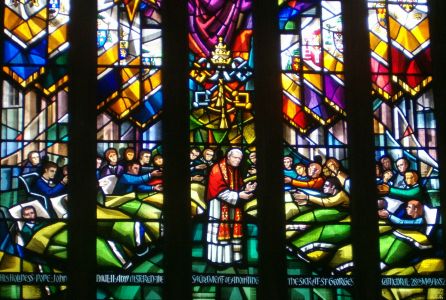 A stained glass window marks the papal visit to the cathedral

Television screens enabled everyone to enjoy a view of the altar and all present received a copy of the Pope's 1982 address about living with illness and caring for the sick which he delivered in Southwark. A prayer was said for God to "raise up a worthy successor to Pope John Paul, who led the Church with courage and enthusiasm."