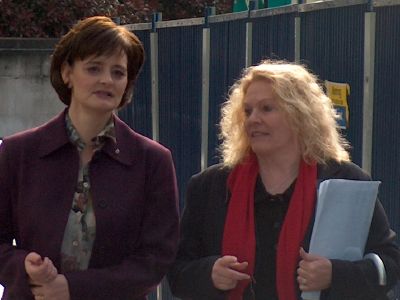 The Prime Minister's wife, who is patron of Victim Support London, met crime victims and Victim Support caseworkers at the event held at the County Hall Gallery.

The event, which was preceded by a trip on the London Eye, was also supported by Solictor General Harriet Harman (Labour Candidate in Camberwell and Peckham) and Lib Dem president Simon Hughes (candidate in North Southwark & Bermondsey).

Victim Support London says that almost 60 per cent of crime in England and Wales goes unreported.

"Victims of crime can suffer both short and long term trauma and emotional and mental health problems," says Anne Couglan, chief executive of Victim Support London. "Often they lack the confidence to deal with the criminal justice system without support and advice.

"The statistics on unreported crime mask the misery of many thousands of unsupported victims. We hope our new Sunrise Appeal will enable us to expand our services and throw greater light on the plight of the hidden victims of unreported crimes."

Speaking ahead of the launch, Simon Hughes said: "I am very pleased to be invited to the London Eye to support Victim Support's fundraising and Victim Support Southwark's ambitious plans for 2005. Victim Support is doing great work across Southwark, London
and the UK in supporting and giving help to victims of crime. This event will help Victim Support to have the funds in the future to build on its great achievements in the past."

• Donations to the Sunrise Appeal can be made via www.makesometime.org.uk