Plans for a sandy beach to be installed on the Hungerford Car this summer are now "at risk", after Lambeth's planning committee deferred its decision pending a visit to the site. 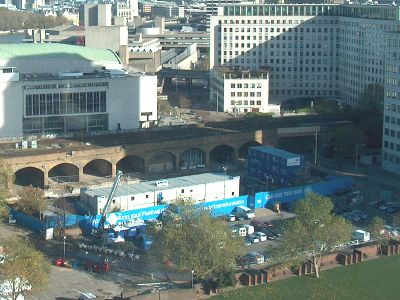 South Bank Beach Ltd applied to Lambeth Council at the end of February for permission for temporary use of Hungerford Car Park and part of Queen's Walk as a beach and outdoor cinema, including cafe and bar, together with associated entertainment facilities.

The organisers want to erect a 7 metre high temporary cinema screen with raked seating to form a cinema auditorium.

The scheme's promoters South Bank Beach Ltd, who have the backing of the South Bank Centre and the British Film Institute, expected councillors to approve the scheme on Tuesday night.

SBBL's Brett Hlywa told the Evening Standard: "there is now a risk this will not happen".

Lambeth Council officers had recommended that councillors approve the scheme, but after hearing requests for a site visit from objectors including Vauxhall MP Kate Hoey, the planning committee voted to visit the site on 21 May.

A decision won't now be made on the scheme until the next planning committee meeting on 7 June.

Plans for a similar urban beach in Potters Fields near Tower Bridge were halted last summer after objections from local residents.