St James's Teas Shop, on the corner of Blackfriars Road and Scoresby Street, is to close at the end of this month. 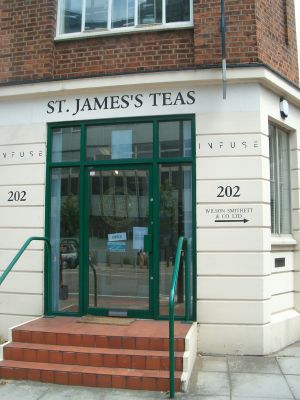 The shop is part of St James's Teas Ltd which has been bought by its packagaing company and will be relocating near Bournemouth.

The brand was started in 1985 in the City as an associate of tea brokers Wilson Smithett & Co, which had been founded in 1865, and St James's Teas moved to Southwark in October 2001.

The shop features a range of caddies depicting the famous London Underground map and made for London's Transport Museum. In Golden Jubilee Year 2002 St James's produced a Jubilee Tea sold in a souvenir tea caddy.

The surprise move comes in the same month as managing director Jane Pettigrew sees the publication of her book The Tealover's Companion, published by the National Trust. It is a guide with over 250 colour photographs to where and how tea is produced, processed, traded and blended.

• The Tealover's Companion: A Guide to Teas throughout the World by Jane Pettigrew & Bruce Richardson (National Trust; Ł14.99).