Southwark has been officially twinned with the French town of Clichy, neighbour to Paris. 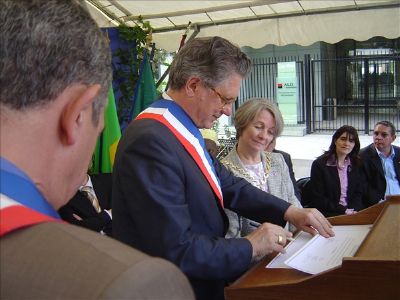 Southwark's outgoing mayor Anne Yates signed an agreement with the mayor of Clichy Gilles Catoire for the two areas to be twinned during a visit to the city on 8 May.

Clichy has a similar socio-economic profile to Southwark and the links between the areas will enable them to share experience and good practice on issues such as community safety, sport and culture.

"There are significant advantages to the links between Southwark and Clichy for the council and the people of Southwark," said Cllr Columba Blango, Southwark's executive member for culture. "We are increasingly influenced by European laws, funding and initiatives and can benefit by learning from each other."

The Mayor of Clichy, Gilles Catoire, added: "It is a great honour, for me and for every Clichy citizen, to have a new twin city such as Southwark: culturally and historically rich, socially and ethnically similar . . . but so different at the same time! Southwark can learn such a lot of things from Clichy, as Clichy can from Southwark.

"Sharing, learning from one another, making people come together: this is what twinning should be, beyond borders, beyond cultural and language differences."

• Southwark has been twinned with the German town of Langenhagen since 1980.