A painting by Adam Boulter in a Southwark church is the cover picture for a major new book about Muslim-Christian dialogue. 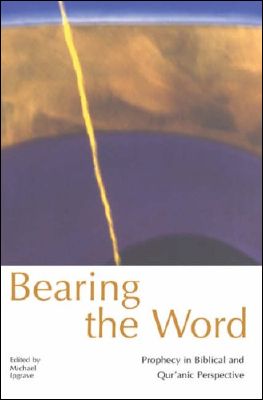 The book is a record of a meeting convened by Archbishop Rowan Williams in March last year at Georgetown University. Thirty Muslim and Christian scholars met for three days of theological dialogue on the issue of prophecy.

Some of the key issues considered include how Muslims and Christians understand prophecy, how their scriptures differ or agree in describing the prophets, and what the places of Jesus and of Muhammad are in the two faiths, and their view of one another's faiths.

The cover painting is panel from Adam Boulter's Spirituality in the Wilderness series of paintings in St Hugh's Church, Charterhouse-in-Southwark, in Crosby Row. The artist, who is a member of Southwark Cathedral congregation, is currently artist in residence at St Matthew's, Westminster.