Just fifteen people, and not a single person in a hood, was present at the start of a Respect for Hoodies demonstration. 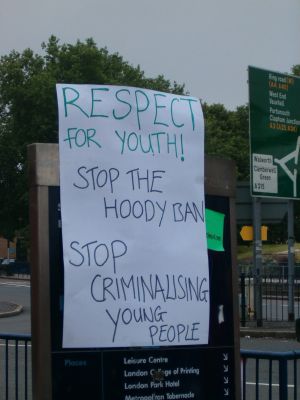 South London Respect, a branch of the new political party led by George Galloway MP, advertised its demonstration at the Elephant & Castle to begin at 1pm on Saturday. 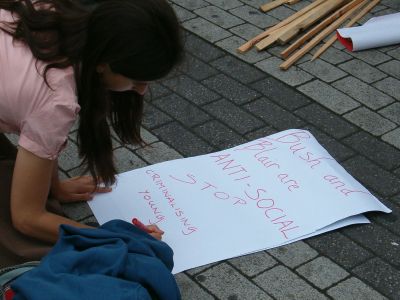 However, one police officer, one TV camera team and a Sunday Telegraph reporter had a long wait before some young people wearing hoods appeared the demonstration eventually began.

Respect condemned the ban on young people wearing hoods in the Elephant & Castle shopping centre as "an outrageous attack on civil liberties".