This week the Thames welcomed two new boats which will join the Thames Clippers fleet on commuter and leisure services, including a new direct link between Waterloo and St Katharine's piers. 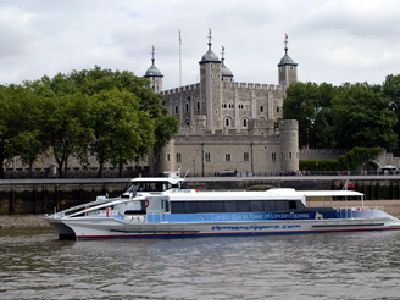 The two boats were officially named at a ceremony held at St Katharine Docks.

Sun Clipper and Moon Clipper are 32-metre high-speed catamarans and will join the Riverline fleet of Thames Clippers, the Transport for London-backed fast-ferry boat service. 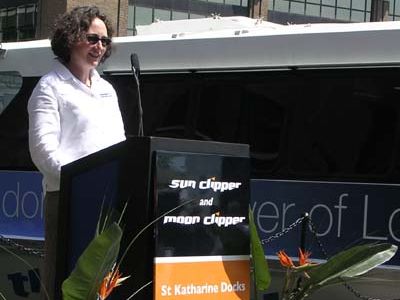 Co-designer of the London Eye, Julia Barfield MBE, had the honour of letting the champagne bottle drop on the Sun Clipper. The Moon Clipper was named by, Penny Griffiths, the winner of a competition among readers of the Metro newspaper.

The Sun Clipper will operate a new daytime shuttle between the London Eye and the Tower of London, with an hourly service between 10am and 4pm. The single fare is Ł2.95 for adults. 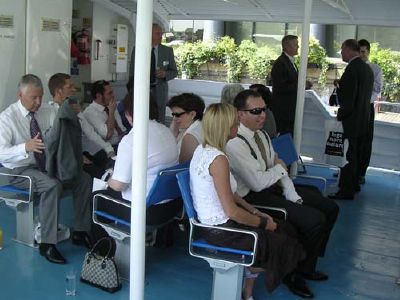 The Moon Clipper will operate on the main seven-days-a-week Riverline passenger service between Savoy Pier in the west and Greenwich in the east, with a new trial extension to Woolwich Royal Arsenal. The Riverline service calls at Bankside and London Bridge City piers in SE1.