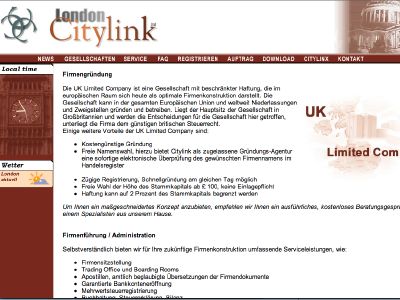 The petitions were presented on 3 August following an investigation carried out by the department's Companies Investigation Branch (CIB) under section 447 of the Companies Act 1985.

On the application of the Secretary of State the Court has appointed the Official Receiver as provisional liquidator of the companies, with effect from 4 August 2005, pending the hearing of the petitions. The petitions are listed for hearing on Wednesday 14 September 2005.