BBC News presenter Anna Ford was at St John&#39;s Churchyard in Waterloo on Saturday to open a community fair. 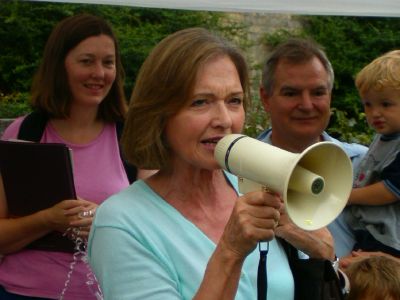 Speaking between showers the BBC newsreader recalled the Seventies in Waterloo when her father was Vicar of St John's and living in Secker Street. She revealed that his appointment had been a return to Waterloo for as a young man he was an actor at the Old Vic. 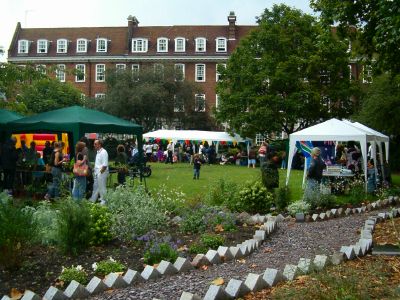 Afterwards the guest of honour, who remarked on the improved state of the church garden, inspected the new mosaic garden just completed in the south-east corner.

Stallholders, including some who remembered Anna Ford's father as their Vicar, represented Blackfriars Settlement, the National Theatre, Scouts and other Waterloo organisations. 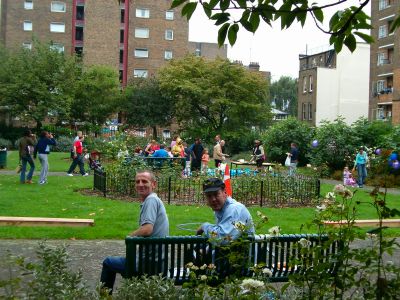 Whilst the Community Fair managed to continue despite the bad weather there was severe disruption earlier in the day at Nelson Square when a lunchtime cloudburst drove visitors away from the Nelson Day celebration. Events included a Nelson quiz, food and a walking the plank game. Fortunately the free rum punch was being served in the nearby Lord Nelson pub.