Four members of staff from Borough Market-based PR firm Fourth Day joined IT industry executives for the annual NCH Byte Night on Friday to raise money for the young homeless people of London. 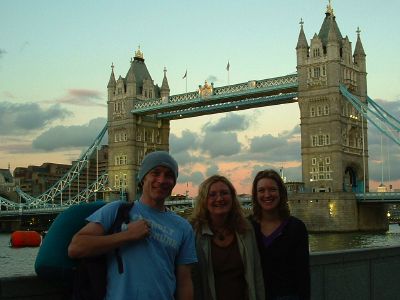 Byte Night is the IT industry's annual sleep-out in support of young people who are homeless or coping with life after care. Now in its seventh year, Byte Night involves the great and the good in IT donating a little bit of their time to raise funds and awareness for this vital part of NCH's work.

Every year, hundreds of senior IT professionals get together and sleep under the stars to raise funds for NCH, the children's charity. NCH works with some of the UK's most vulnerable children and young people, who have been affected by homeless and leaving care issues, to help them achieve their full potential. This is the second time the event has been held in Potters Fields.

This year's Byte Night has attracted 230 sleepers, the highest number since the event began in 1998. The event has raised £1million and this year, hopes to raise £250,000.

Fourth Day's aim as a team is to raise £5,000 – you can help them reach their target by donating online.

This year's Byte Night attracted 230 sleepers, the highest number since the event began in 1998. The event has raised £1 million and this year hopes to raise £250,000. 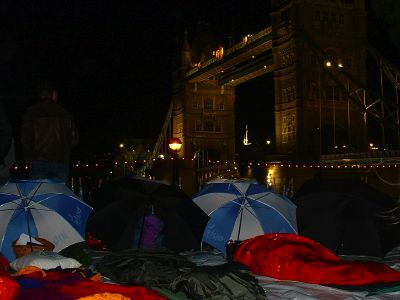 As part of their fundraising drive the Fourth Day team is also hold a beet tasting event on Thursday 29 September in association with Borough Market's Utobeer. Can you tell a Belgian trappist beer from a German Oktoberfest beer? Are you a connoisseur of the components of British fruit beers? Are you curious to see whether beer has as much to offer as wine? Or do you just like sampling nice food and drink?!

The evening will include tasting a variety of worldwide beers, more free beer on tap, beer quiz with prizes, a raffle with a variety of prizes from concert tickets to DVDs and refreshments provided by caterers from around Borough Market.