Firearms siezed from child's bedroom at the Elephant

Detectives from Trident seized five firearms and a large quantity of ammunition during a raid at an address in Gaywood Street off St George&#39;s Road on Tuesday morning. 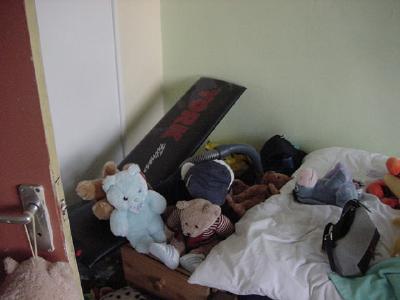 The bedroom where the firearms were discovered

The guns and ammunition were discovered after officers executed a search warrant at an address in Gaywood Street at 8.30am. The weapons – four handguns, two of which were loaded; a pump action shot gun and more than 60 rounds of ammunition – were concealed in a child's bedroom.

A 20-year-old woman has been arrested on suspicion of possession of firearms and is in custody at a south London police station. Inquiries are continuing. 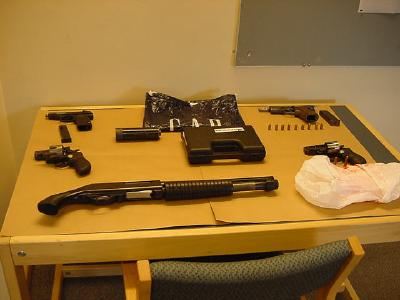 The seized weapons and ammunition

DCS John Coles, the head of OperationTrident, which tackles gun crime within London's black communities, said: "This is another fine example of the proactive ability of Trident to identify and recover illegally held firearms. My teams continually target those individuals involved in gun crime to make London a safer place. I would like to praise Trident's South Proactive Team, which has consistently provided excellent results across the Capital.

"Trident is making a concerted effort to target those who supply guns to people who commit shootings and murder in the capital. This is just one of a number of on going operations of this nature. We hope that by identifying the suppliers of weapons will have a dramatic impact on shootings in London."