Kate Hoey MP joined local residents in Archbishops Park on Monday to protest against the destruction of the park's much-loved rose garden to make way for an education zone. 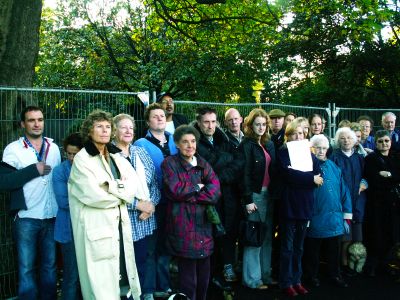 More than 30 local residents joined the crowd as Ms Hoey grilled Lambeth Council officers Hamish McLauchlan and David Paul over the fate of the dozens of varieties of roses that had previously occupied the south-western corner of the park. An apple tree has also been cut down. 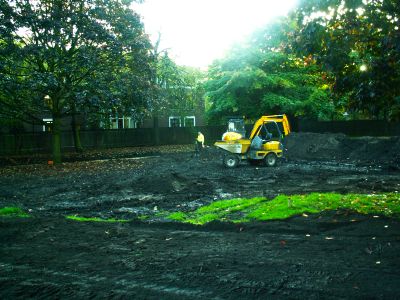 The corner of the park is being re-landscaped to provide a garden area for use by local schools, paid for by Neighbourhood Renewal funding, though local activists and members of the Friends of Archbishop's Park claim that Lambeth officials had failed to make it clear that introduction of the new schools' area would lead to the removal of The Rose garden. 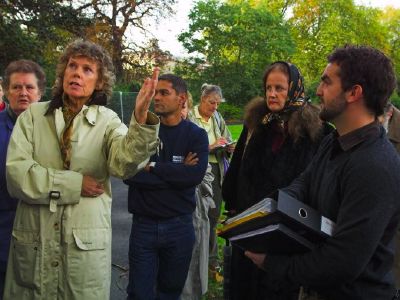 Some of those at Monday's gathering alleged that the park's gardeners had been pruning the roses as normal until the day before the bulldozers moved in.

The park lies in Bishops Ward, represented by Lambeth Council leader Peter Truesdale, though Ms Hoey insisted that he was as much in the dark about the plans as everyone else. 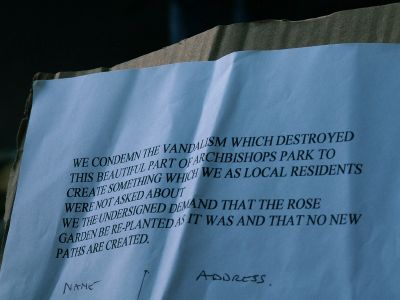 A petition is being circulated

A compromise was eventually reached by which Mr David would ask the contractors to stop work for the day whilst talks were held with Lambeth's director of Environment to establish what had gone wrong with the consultation process.