The former proprietor of the Driscoll House Hotel on the New Kent Road was ordered to pay fines totalling £16,000 at Camberwell Green Magistrates Court last week. 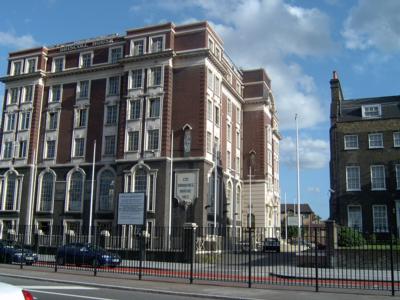 Costs of Ł1,445 were awarded to Southwark Council.

Terence Driscoll pleaded guilty to nine charges including the obstruction of an environmental health officer in carrying out his duties and for breaches of food hygiene regulations under the Food Safety Act 1990.

These breaches included the dirty and greasy conditions of the premises and equipment, an accumulation of food debris on the floor and on equipment, incorrect food storage increasing the risk of cross-contamination, and a sink waste pipe which discharged directly into a channel on the floor.

An environmental Health Officer first visited the premises in March 2005 to investigate complaints about the business and to check compliance with a schedule of improvement works sent in February.

Mr Driscoll refused entry to the kitchen and food handling areas so a warrant was obtained and Driscoll House was revisited in April 2005. It was during this visit that the environmental health officer noted numerous breaches of food hygiene regulations.

Mr Driscoll told the court that he had recently sold the Driscoll House Hotel for in excess of Ł1 million. The site occupied by Driscoll House is the subject of a proposed development by Ujima Housing Association and Oracle Homes.