The Prince of Wales and the Duchess of Cornwall made a surprise visit to Borough Market on Friday, chatting and sharing jokes with traders as they toured the stalls. 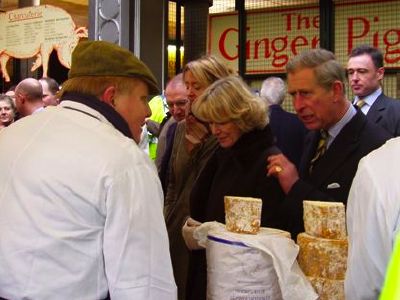 "I am pleased that they were both able to make a visit," commented George Nicholson, chairman of the Trustees of Borough Market.

"They are both committed to the kind of things we are doing and it shows that it is no longer just a niche thing, it is starting to become part of the mainstream."

The Prince sampled a Kalamata olive and chatted to stallholder Vahid Moshtagh-Kahnamoui about the state of caviar supplies in the Middle East.

He said: "He asked if the olives were organic and started talking about Iranian caviar, about it becoming rarer because of pollution in the Caspian Sea.

The royal visitors sampled tea and cider during their tour of the market. 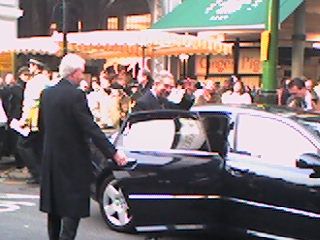 The Prince also bought some fudge from the Burnt Sugar Sweet Company.

Some market traders complained that the royal visit took away trade during what would usually be the busiest time of day.

Earlier this month the Prince and the Duchess visited an organic farmers' market in Marin County, California, during their tour of the United States.

• Did you spot the royal visitors in the market on Friday? Email your cameraphone pictures to us.