Traders setting up stalls for Bankside's Frost Fair got more than they bargained for when the Thames burst its banks and flooded the riverside walkway outside Tate Modern, taking out the fair's power supply. 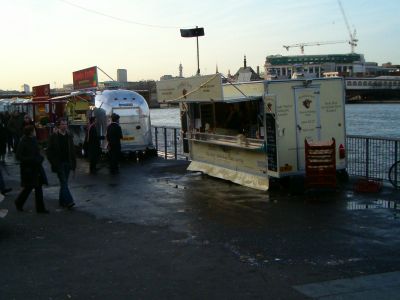 The high water mark on Bankside

The water on Bankside was three inches deep and came up to the steps at the end of the Millennium Bridge. Stallholders setting up for this weekend's Frost Fair had to move quickly to protect their stock. 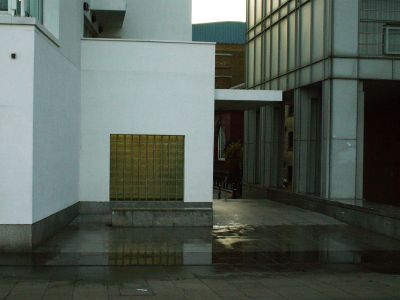 Basements in Shad Thames and Mill Street were flooded, and water came up through the drains at Butler's Wharf, where staff at the Design Museum and Cantina del Ponte worked to keep the water at bay.

Kalmar's estate agents at the Dockhead end of St Saviour's Dock was also hit by the flood. Staff brought in a dehumidifier to dry out the office.

Further east, firefighters were seen pumping water out of the riverside Mayflower pub in Rotherhithe.

High tide at London Bridge was due just after 2pm on Friday. The Environment Agency issued a flood watch alert for the tidal Thames between the Thames Barrier and Putney Bridge at 11.30am on Friday.

• See this thread on the forum