The World in SE1 at Blackfriars Settlement

Simon Hughes was on hand to switch on the Christmas tree lights as Blackfriars Settlement hosted &#39;The World in SE1&#39; - a celebration of the diversity of our community. 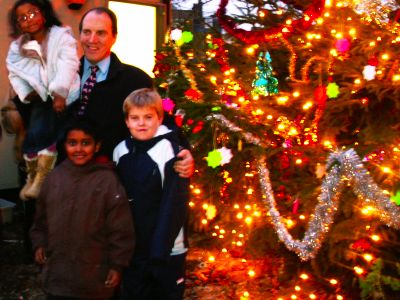 Introducing the event, the North Southwark and Bermondsey MP spoke about Southwark's historic diversity due to its location on the main road between London and the rest of Europe and beyond. Modern-day SE1, he said, is "a really diverse place because lots of people want to come here."

Endorsing the idea of a community diversity celebration, he said he hoped the idea would catch on in other areas, but that "the other won't be as good as SE1's because they're not as diverse as us".

"We want to celebrate those who have contributed their culture to this area, but we also want to honour the local heritage that we all contribute to," says Revd Claudette-Athea Douglas, Blackfriars Settlement's community development organiser. 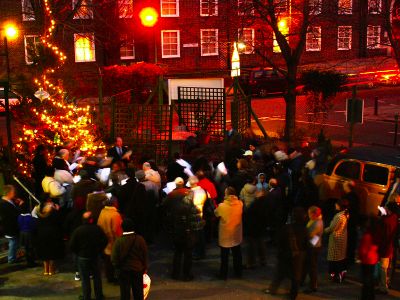 Carols around the tree were led by the Blackfriars Singers, a newly-formed "urban peace choir".

The choir is led by Tina Johnson, who says: "So far we have around thirty feisty over 50s, a number of youth groups and local Gospel singers, but I would love people from Asian, Hispanic and African community groups to come along and get involved. We hope the Choir can perform in different areas and promote understanding and fun between all the cultures of the world."

Anyone who would like to join the choir can come along to the rehearsals which take place on Thursdays at 1pm in the main hall at Blackfriars Settlement. 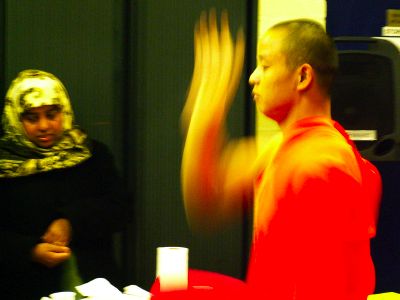 After the carol singing the crowd moved indoors for refreshments (mulled wine, mince pies and the usual delicious fare from the Rockingham Estate's Bengali Women's Group) and a programme of music, dance and readings.