Recognising the heroes of 7 July 2005

Emergency services and hospital staff based in SE1 have been honoured by the Mayor of London for their outstanding work carried out after the 7 July terrorist attack. 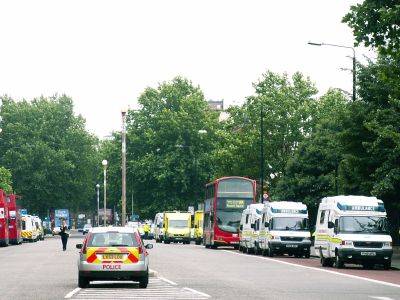 Dallas Ariotti, who led Guy's and St Thomas' emergency response on 7July, and Noreen Ging, sister in intensive care, proudly accepted a plaque on behalf of all staff at a special ceremony held at City Hall.

Dallas Ariotti said: "We continually plan for emergencies, so that when they happen we are best prepared to deal with them. On July 7 everyone pulled together, from doctors and nurses to porters and cleaners, and I am incredibly honoured to accept this award on behalf of all the Trust's 8,500 staff."

During the evening presentations were made to the Metropolitan, City and British Transport Police forces, London Fire Brigade (based on Albert Embankment), the bus and tube services, the London Ambulance and Air Ambulance Services (based in Waterloo Road), as well as the hospitals which received patients from the bombings.

Following the bombs on 7 July, Guy's and St Thomas' received a total of 25 casualties. 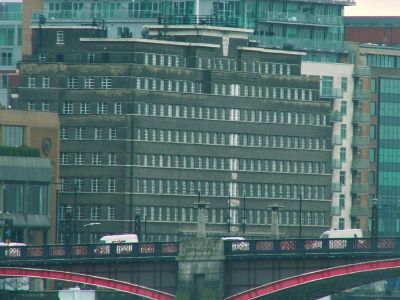 Ken Livingstone said: "The thank you event was organised to express the gratitude of all Londoners to the emergency service and transport workers, who showed extraordinary courage in coming to the aid of everyone immediately affected by the suicide bomb attacks on July 7."