London sees in 2006 with Thames fireworks

A spectacular 10-minute firework display centred on the London Eye marked the start of 2006 in the capital. Crowds lined the riverside despite a Tube strike. 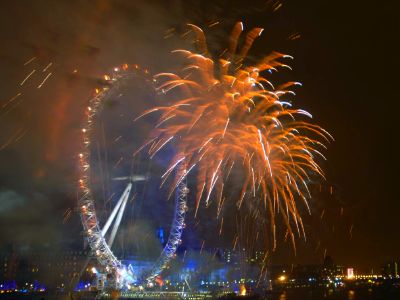 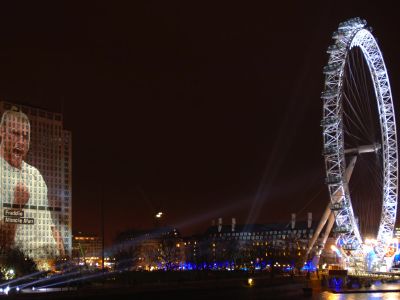 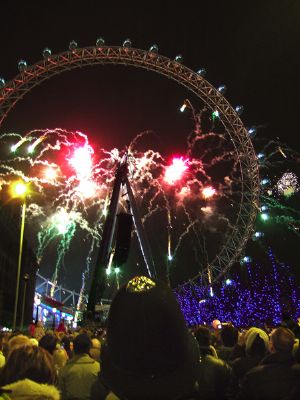 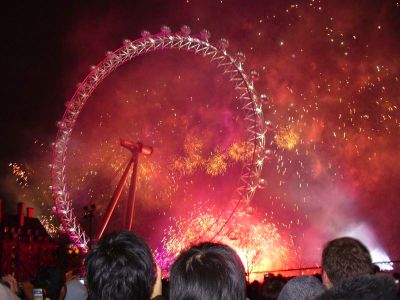 A strike by RMT members led to a number of station closures – Southwark and Lambeth North were among the stations affected.

Up to 250,000 people are estimated to have watched the fireworks and lighting display, according to the organisers.

"Hours before midnight, thousands more people had gathered in the centre of London for the fireworks display than last year.

"Millions of people around the world watched London celebrate in style.

"I want to pay special tribute to the police, emergency services and transport workers who helped get hundreds of thousands of people home safely."

The lighting display, which began at 8pm, included images of people who have contributed to the life of capital over the last twelve months, projected onto the Shell Centre, as well as lighting effects projected onto the British Airways London Eye and County Hall, before the 60 second countdown to midnight began. The fireworks that heralded in 2006 lasted over ten minutes and could be seen from across London.

The display was created by Jack Morton Worldwide – the company responsible for staging the opening and closing ceremonies at the Athens Olympics.

Did you see the fireworks? Send us your pictures for inclusion on this page