Lambeth police have been turning heads in ladies&#39; toilets using the latest advertising technology to warn people of the risk of bag theft on the South Bank. 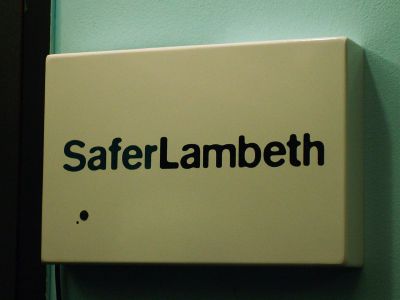 The initiative by Lambeth Crime Prevention Panel uses an audio system called Turning Heads. This has been embedded in vandal-resistant signs which have been placed in toilets at various locations around the South Bank.

The system is triggered by a person entering the toilet and after a short delay a message is then played to them urging them to make sure they take care of their belongings.

The message says: "On behalf of Lambeth Council and the Crime Prevention Partnership, have an enjoyable stay in London. Please take care of you belongings."

So far the scheme – which began on 1 September 2005 – has seen an impressive reduction in bag and mobile phone theft in the 8 venues where it has been operating. Between 1 September and 14 November, 55 thefts occurred – a fall of nearly 50 per cent.

Across Bishops Ward, the initiative has contributed to an overall 20 per cent reduction in handbag thefts and similar crime.

The initiative has targeted ladies' toilets because women make up the greater number of victims of this type of crime.

Signs containing the system have been fitted at four bars and two restaurants, as well as at St Thomas' Hospital.

The initiative was formally launched on Tuesday at the BFI London IMAX Cinema, which is the latest venue to be fitted with the technology.

Negotiations are ongoing to fit the signs to nine more locations in the coming weeks and beer mats are being produced to reinforce the message to people in bars.

"The South Bank is a great place to come for a good night out but unfortunately criminals are always attracted to places where there are large numbers of people enjoying themselves," says crime prevention officer PC Neil Haggertay, who has led the project.

"They hope they will be able to take advantage of the fact that they may be carrying valuables and may be distracted.

"We hope that by making people more alert to the need to look after their belongings they will make it harder for the criminals and thereby help prevent crime themselves."