Elephant and Castle subways to be removed

The infamous pedestrian subways at the Elephant and Castle are to be removed and replaced with street-level crossings - the first as soon as June. 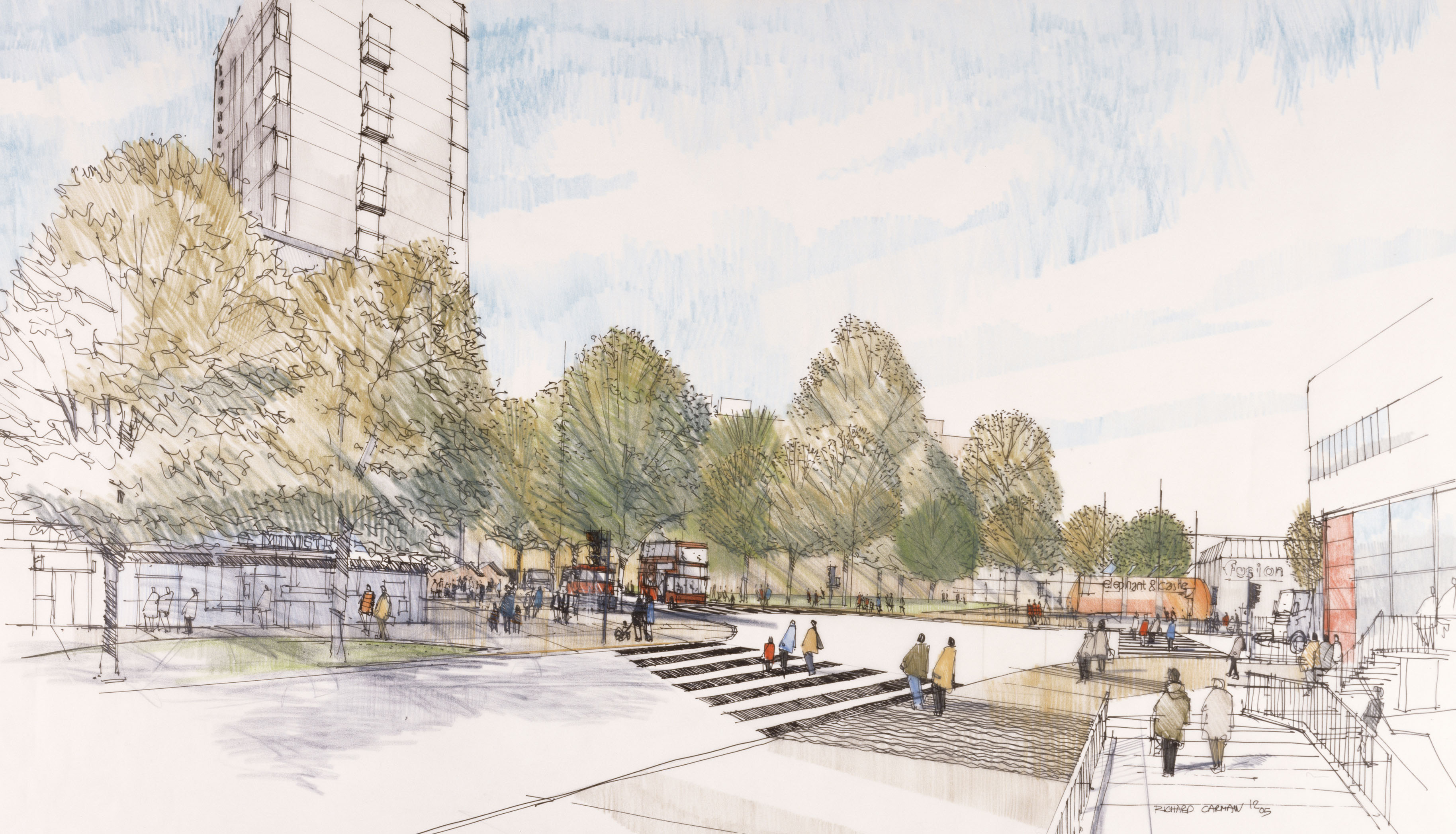 Southwark Council, Transport for London and the London Development Agency have announced that the subways will be blocked up and replaced with pedestrian crossings, allowing people to cross the road at street level for the first time in decades.

The changes will start when the south roundabout is removed, marking the most visible first step towards the major regeneration project.

The intimidating underground walkways have long been criticised for attracting crime and making local people feel unsafe, so the alterations will make a dramatic improvement.

The London Development Agency has confirmed funding to convert the southern roundabout into a T-junction and add striking landscaping and wide, European style pedestrian crossings this year.

Work is expected to start in June and all three subways will be removed by the end of the conversion in March the following year.

At the same time, the run down and neglected St Mary's Churchyard will be upgraded and reinstated as the town park of Elephant and Castle. Grass mounds will be removed to improve visibility into the park and children's play equipment will be installed.

Work on the northern roundabout will be carried out at a later date.

Cathy Bowman, deputy leader of Southwark Council, said: "This is the first major win of the regeneration for local residents and workers.

"Access to the shopping centre will be dramatically improved and people will be able to enjoy the rejuvenated park and local environment.''

Chris Horn, director of the Elephant and Castle regeneration project, added: "This is exactly what local people have been asking for. It will be fantastic when these intimidating subways are a thing of the past because they have been a real blight on the area.

"Making the Elephant more pedestrian-friendly is just the first step in a huge redevelopment, and I'm confident it will result in an area to be proud of."

More details on the schedule of works will be announced later this year.

• Plans for a new skyscraper on the Castle House site near the south roundabout are on display this week at the Drapers Tenants' and Residents' Association Hall, 1 Howell Walk: Thursday 19 January 4pm-7.30pm; Friday 20 January 2pm-7pm ; Saturday 21 January 9am-1pm