Tabard Square Early Care and Education Centre is a new 96-place nursery which has just opened in Tabard Street. 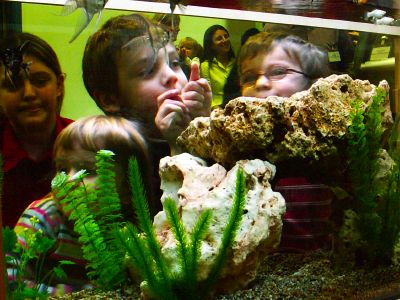 Situated directly opposite the Royal Oak, Bright Horizons is one of the first tangible results of the massive Tabard Square development.

Many of the staff and children have transferred from Bright Horizons' former Waterloo nursery at the Chandlery in Westminster Bridge Road.

The nursery operates between 7.30am and 6.30pm on weekdays and caters for babies and children from 3 months to 8 years of age.

Meals are prepared on-site in the nursery's kitchen and all menues are nutritionist approved. Water, juice and snacks are available throughout the day.

Bright Horizons' Lon Oury spoke about how the Tabard Square location came about. The company had been in negotiations with the owner of a nearby building but then the deal fell through: "I walk across the street and I see this development going up, and I look at the hoarding and I see Berkeley Homes, and I call the number, and I think 'this is the ultimate cold-call'..."

Fortunately Berkeley was receptive to the idea and eventually a deal was done.

Extra-curricular activities offered by the nursery include foreign languages, computers and dance and movement.

Bright Horizons was founded 20 years ago in Cambridge, Massachusetts and now also operates in Canada, Ireland and the UK.