As the build-up to May&#39;s local election gathers pace, both of SE1&#39;s councils have confirmed that they are freezing their portion of the overall council tax bill. 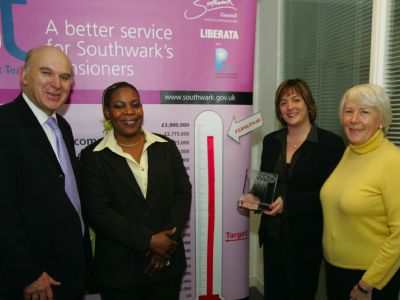 Both Lambeth and Southwark councils met last week to set their budgets for next year.

"This is a win-win budget for all Southwark residents," said Cllr Nick Stanton (Riverside ward), Lib Dem leader of the council. "The Lib Dems have always been committed to reducing the burden of council tax, especially in such a deprived borough, and we are pleased that this represents a cut in real terms."

However, Southwark's Labour opposition paints a different picture. Their alternative budget proposed a cut in Southwark's portion of the council tax bill. Leader Cllr Peter John said: "Over the last four years, Southwark Council has received large, above inflation increases in funding from the Labour Government. Because of this funding we have been able to avoid proposing any increase in council tax – and by cutting the high amounts spent on Lib Dem council spin, publicity stunts and councillors' allowances, we have been able to pass extra savings on to the taxpayer, cutting bills"

Lib Dem shadow chancellor Vincent Cable visited Southwark last week. He commented: "The Liberal Democrats have turned Southwark around during the last 4 years. After 40 years of Labour neglect Southwark was in a mess, but through sound financial management and tough political choices, the Lib Dems have turned Southwark into a shining example of how a borough should be run."

Meanwhile in Lambeth council tax has been frozen for the first time ever. Lib Dem leader and Bishop's ward councillor Peter Truesdale said: "We've done everything we can to keep bills in Lambeth low – but unfortunately Labour's tax rises will cost families even more this year" – a reference to the 13 per cent increase in the Mayor of London's precept.