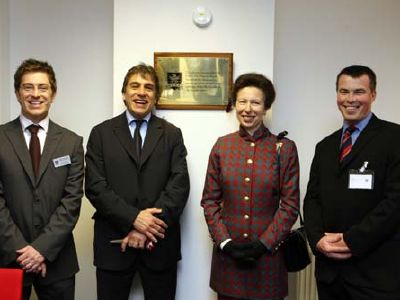 Princess Anne has been the patron of BUSA – the national governing body of student sport – since its creation in 1994. BUSA officials praise her "dedication, commitment and support" for the organisation's work.

"We are all very excited about the opening of the new offices which provide BUSA with the perfect base to serve our members and insure the continued success and development of both the Association and student sport,” said Ian Randell. “Princess Anne and John Inverdale have been instrumental to the success of the Association, and we were delighted that they were both able to join us to share in the celebration of the new offices.”

The new offices at 20-24 King's Bench Street are just a short walk from BUSA's previous home at the eastern end of Union Street.

BUSA runs national competitions in 48 sports from Athletics to Windsurfing, and co-ordinating the Great Britain representative teams for the World University Games and World University Championships.