The wet weather didn't dampen the enthusiasm of the crowd which gathered on Bankside for the start of Shakespeare's Birthday festivities at the Globe. 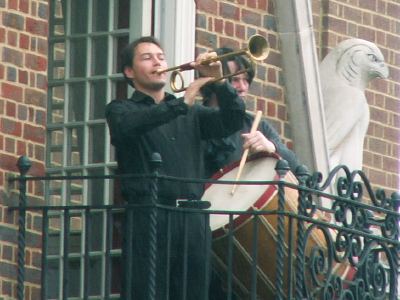 Re-enacting Enobarbus' description from Antony and Cleopatra, "The barge she sat in, like a burnished throne / Burned on the water; the poop was beaten gold, / Purple the sails*", Cleopatra arrived at the Globe with the help of her oarsmen. She was met by artistic director Dominic Dromgoole and twenty Roman soldiers with a band of musicians to herald the start of the day's festivities. 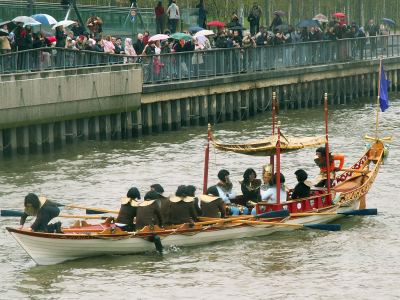 The boat used to transport Cleopatra was the 'Jubilant' replica which has been used for various events including the re-enactment of Nelson's funeral procession. 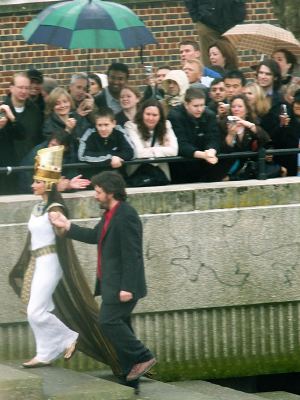 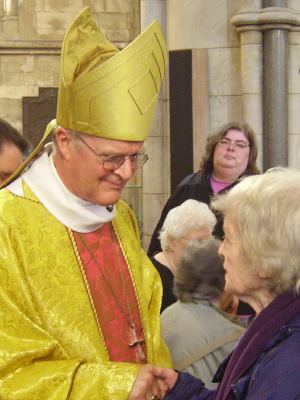 At Southwark Cathedral the guest preacher was the Most Revd Frank Griswold, the most senior Anglican bishop in the United States.

He reminded the congregation that St George was a Palestinian whose tomb is a place of pilgrimage. "Like St George we should embrace resurrection whatever it may demand of us.". 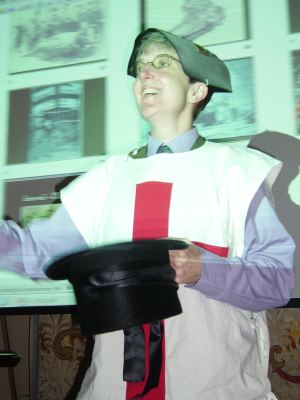 The wide devotion to St George was emphasised during a lecture by Dr Sam Riches hosted at Guy's Chapel by the Southwark-based Mental Fight Club. Dr Riches, author of St George: Hero, Martyr and Myth (Sutton), spoke about George as a patron in the modern world and suggested that he was "open to remodelling and welcomes being put to good use".

Earlier the Revd James Buxton, who is currently away in Sinai, spoke in a filmed message to the audience about his visit to Egypt where he discovered the custom of joint Christian-Muslim pilgrimages to sites associated with St George.

Also speaking at the Mental Fight Club's St George's Day celebration were Revd Tony Lucas, who spoke about Southwark's associations with St George, and John Constable who read from his Southwark Mysteries. 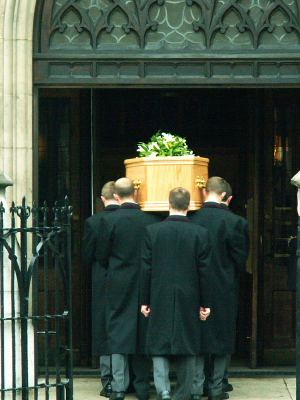 Meanwhile at Southwark's Roman Catholic Cathedral, which is dedicated to England's patron, the flag of St George was flying at half-mast in recognition of the death of Bishop Charles Henderson, a former auxiliary bishop of Southwark whose coffin was received into the Cathedral on Sunday evening before a solemn requiem mass.