The Who&#39;s Roger Daltrey and controversial newspaper tycoon Richard Desmond are taking to the stage this week in aid of the Evelina Children&#39;s Hospital Appeal. 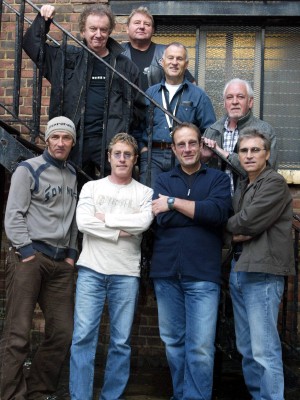 The RD Crusaders, brought together by Express and OK! proprietor Richard Desmond, who plays drums, and Roger Daltrey of The Who as lead vocalist, amongst others, are staging a special concert at Old Billingsgate Fish Market on 9th May in aid of The Evelina Children's Hospital Appeal and Camp Simcha.

The group first came together in 2003 and since then have raised over a million pounds for charity. The 2006 Concert is one of a number of high profile events which together with community fundraising and corporate support will help The Evelina Children's Hospital Appeal reach its Ł10 million target to equip the brand new hospital at St Thomas' on Lambeth Palace Road with the very best and most modern medical equipment and facilities.

Roger Daltrey recalls: "We were talking about ways we could raise funds for charity and I said to Richard that I would sing in any band the he put together. He went away and the names he came back with were fantastic".

Richard Desmond – whose newspaper empire relocated to the City from Blackfriars Bridge a couple of years ago – said: "These are the people I have admired from my earliest youth when I played the drums and started out in business with music magazines. Now I am living a dream at the same time as giving something back to charity. Roger and I chose The Evelina Children's Hospital Appeal as it does such an amazing job supporting the Evelina Children's Hospital.

"Staff at the Evelina Children's Hospital do a wonderful job there caring for thousands of children. I had my own hospital experience last year, so this is particularly close to my heart. Camp Simcha's work with children is also vital to our community."