Diners at the Bridge to China Town restaurant in Borough Road got a surprise on Friday night when police arrested 12 people as part of an anti-terrorism operation. 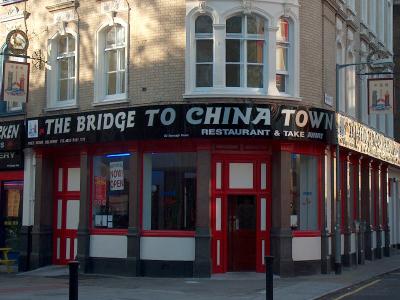 Police say that the arrests were made under the Terrorism Act 2000 in a pre-planned, intelligence-led operation on suspicion of the commission, preparation or instigation of acts of terrorism.

The raid took place at about 10pm on Friday night. Although 12 customers were arrested, it is understood that the premises, which is linked to the Bridge Hotel and the Iran e Ma Iranian restaurant, was not searched.

The hotel and restaurant complex is run by Iranian Mehdi Belyani and his Chinese wife.

Mr Belyani told reporters: "The police stayed for more than two hours talking to the group one by one," he said. "The men were very calm and I could not hear what was being said. But my other customers were all very shocked."

On Saturday the police vans were replaced by TV satellite trucks as the news channels broadcast hourly updates from the scene.