Is it a dining table oar a life raft?

There was a strange sight to behold near St Saviour's Dock on Friday as two men dismantled a dining table and launched it on the river as a life raft. 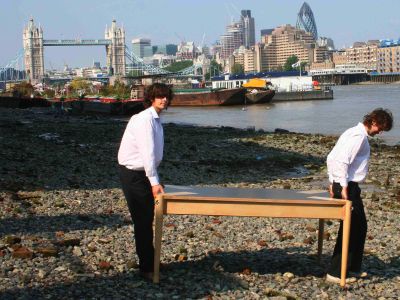 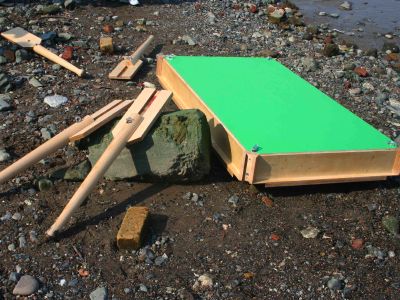 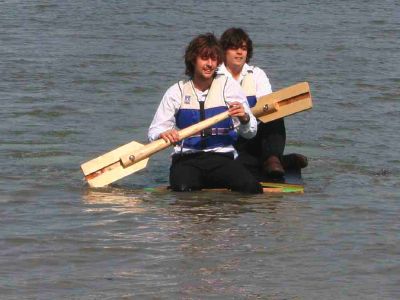 To mark the opening of Design Mart at the Design Museum and the beginning of the London Design Festival the design partnership &made launched their dining table life raft on the Thames near Downings Roads Moorings.

The dining table is entitled Either Oar and will be exhibited at the Design Museum from 20 September. It is part of a series called Climatised Objects created by the young designers David Cameron and Toby Hadden.

It doubles as a life raft, with removable legs that convert into oars, and has a built-in buoyancy tank that enables it to carry up to four people. By crafting this sturdy but buoyant dining table, &made offer an ad hoc raft for use in the event of a flash flood.

The Climatised Objects range includes a vase that switches to an emergency torch on impact if knocked from its ledge and a series of picture frames that convert to flashing navigational aids, offering practical and covetable domestic products that moonlight as life-saving devices.

Design Mart is an annual survey of some of the UK's most gifted emerging designers. An important part of the museum's mission to nurture new talent, the exhibition acts as both a platform for the designers involved and as a barometer of the changing world of design.